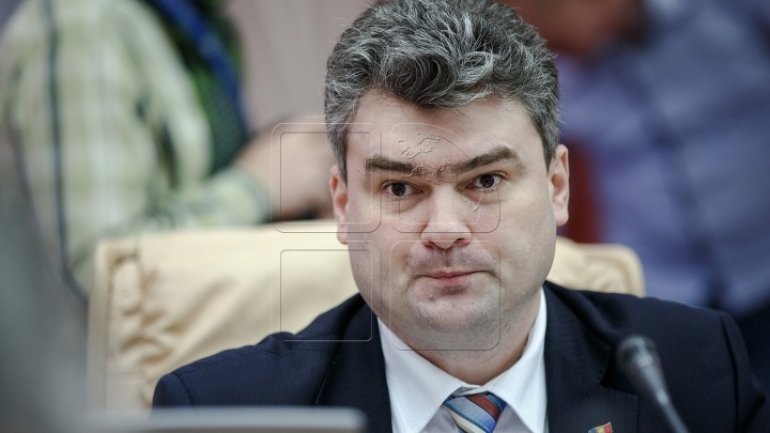 We obtained lots of good results in the Transnistrian settlement process. Decisions taken in the socio-economic field could allow us to address political issues in the negotiation process.

The statements were made at the end of the mandate by the deputy prime minister for reintegration, Gheorghe Bălan in an exclusive interview for Publika TV.

There was talk of a possible acceptance from Tiraspol regarding the introduction of neutral registration plates for cars on the left bank of the Dniester River. If you can tell us, when will this issue be solved, how will these placards look like?

- We've been working on this for many years, including neutral plates, the subject was discussed about four to five years ago. This model does not itself contain pseudo-or other-type symbols - on a white background, two letters, five digits. At the same time, the essential thing that people need to know, it will be necessary to make official registration with the constitutional organs of the Republic of Moldova. Respectively, this field is being worked on in order to identify that solution for registering the means of transport in the Transnistrian region, in accordance with the national legislation and the provisions of the international conventions.

At the same time, in 2017, after several unsuccessful attempts, the bridge between Gura Bâcului and Bâcioc was reopened. What impact does this decision have on economic development as well on citizens living in this area?

Lately, we have not been able to record any incidents in the Security Zone that could violate the right to free movement of the area's inhabitants. To what extent can we talk about resolving this issue or at any point could these violations still occur?

- Indeed, lately, we witnessed several positive movements from Chisinau as well as the opening of Tiraspol to solve the social economic problems the citizens have to face. At the same time, it is hard to say if we have overcome such agreements in the Security Zone or the Unified Control Commission. In this respect, Chisinau continues to insist on the necessity of carrying out international monitoring, monitoring the situation by international partners, identifying this misunderstanding or violations that exist in the Security Zone, no matter who they commit in order to eliminate them in the future and stabilize the situation.

This year, negotiations took place in the "5 + 2" format. How can you appreciate the outcome of these negotiations?

- This year, negotiations in the "5 + 2" format took place in Vienna. We can say that these were in the positive background of those five successes that Chisinau achieved before even the organization of the negotiation round. The international partners welcomed the efforts made by Chisinau towards the reintegration process. Important steps were taken during the year 2017, the political will from Chisinau was demonstrated. In these solutions the majority of the institutions from Chisinau, who have representatives in the working groups, were involved. This was welcomed because one of Chişinău's priorities was indeed to demonstrate commitment and political will to resolve those commitments that we assumed on this country's integration dimension.