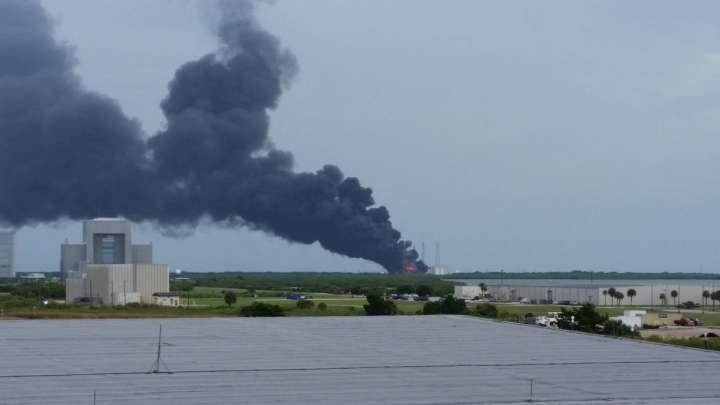 An explosion has rocked the SpaceX launch site in Florida, informs bigstory.ap.org.

NASA says SpaceX was conducting a test firing of its unmanned rocket when the blast occurred Thursday morning. The test, considered routine, was in advance of a planned Saturday launch from Cape Canaveral Air Force Station.

Buildings several miles away shook from the blast, and multiple explosions continued for several minutes. A cloud of dark smoke filled the overcast sky.

Additional details were not immediately available. But sirens could be heard in the aftermath.