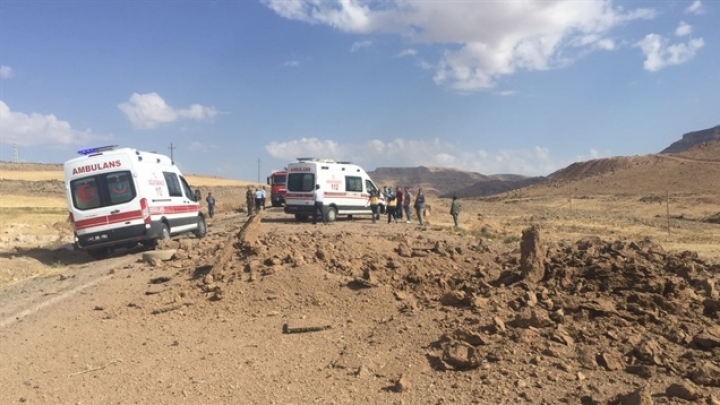 Suspected Kurdistan Workers Party (PKK) militants detonated an explosive device that had been planted in the road, security sources said.

There were no immediate claims of responsibility for the attack on a busy route between the towns of Derik and Kiziltepe in Mardin province, which borders Syria.

The PKK has claimed responsibility for similar assaults on police and soldiers in the past.

The autonomy-seeking PKK has waged a three-decade insurgency in southeast Turkey, home to most of the country's 15 million Kurds.

Fighting flared anew in July 2015 after a two-year ceasefire collapsed, and hundreds of rebels, security forces and civilians have died in the violence.