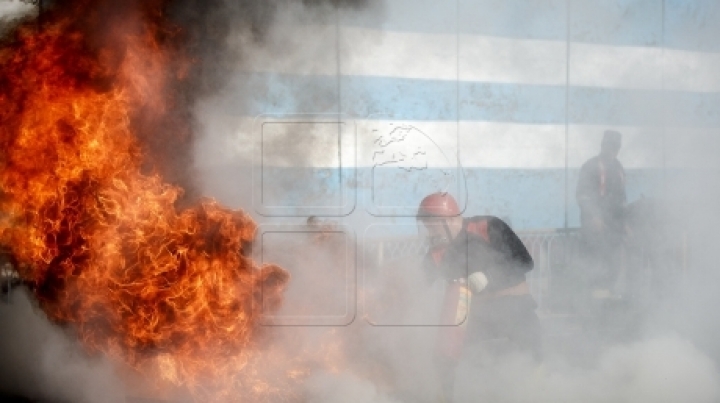 Big explosion in Bucharest, in the sector 6, in the Valea Cascadelor region, informs Realitatea.

Eight people were badly injured in a strong explosion, happened at noon. The victims have second-degree burns, and one of them is in a critical state.

The explosion took place in an improvised shack near a second-hand fair, the cause being a bottle. The explosion was followed by a fire, put out shortly after that.

At the scene have arrived 8 ambulance cars, 8 of them from SMURD, fire trucks and police cars.

Inside the depot was held a fair, at which hundreds of people were present.

According to witnesses, the explosion could have been generated by a gas bottle used at a grill, on which was prepared meat. The information has not been confirmed by authorities.

A victim was brought to the Emergency Hospital, and another one to Floreasca Hospital.