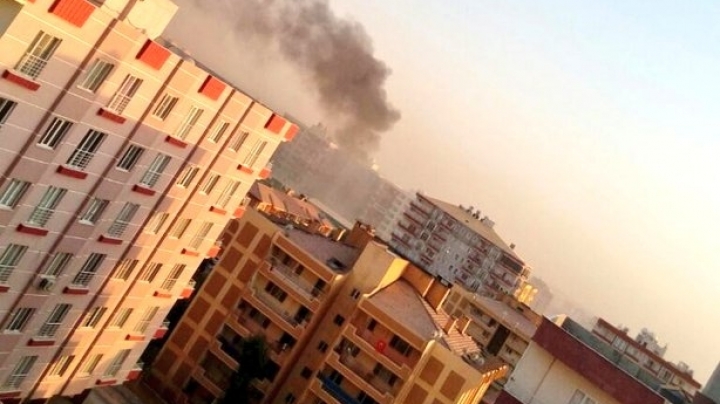 UPDATE 20:52 Officially, four people are confirmed dead from the explosions.

UPDATE 19:41 Another explosion took place in the center of Diyarbakir, southeastern Turkey. It was reported that four members of security forces and three civilians were wounded.

UPDATE 19:31 PKK, listed as a terrorist organization by Turkey, is considered responsible for the attack which targetted a police car in front of the hospital, Kızıltepe district of southeastern Mardin province on the Syrian border.

19:12 At least 50 people have been injured and three died following an explosion at a hospital in Turkey, reports Mirror.

The blast at Mardin State Hospital on the border with Syria was heard miles away and has left a huge plume of smoke trailing over the area.

Turkey has been rocked in recent months by terror bombings claimed by ISIS militants, as well as PKK Kurdish separatists.

It is currently unclear what has caused this most recent blast however.

#BREAKING: car bomb exploded at a hospital in the #Mardin province in #Turkey: 3 killed, 50 injured pic.twitter.com/654ywKMxEI