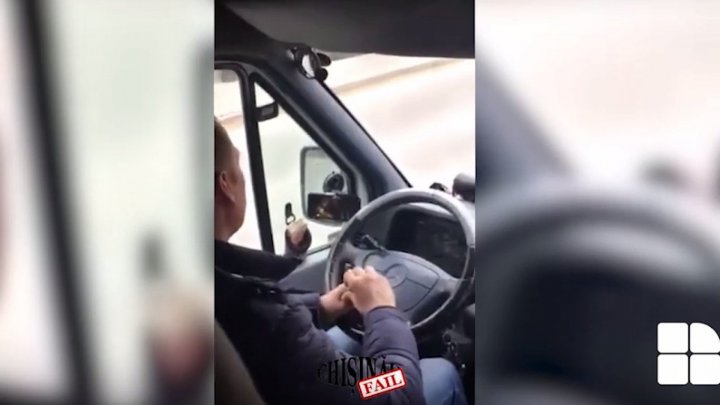 A driver of bus 129 was watching movie at the wheel whilst counting money. This action was recorded and the video went viral soon later.

The driver denies the allegations and says he is not used to watching movies behind the wheel.

"A 9-second video of me does not mean I was watching the whole movie. I only had a look at some scenes", replied the bus driver, Iurie Ţurcanu.

The manager of bus route refused to give us comment. On the phone, he told us the driver had received harsh reprimand and he would be fired if offense is repeated.

People say they often meet minibus drivers who are unattentive to the wheel.

The National Patrolled Inspectorate was investigating this case