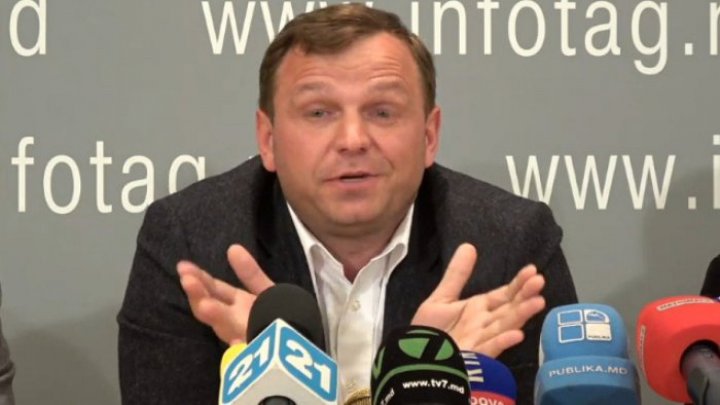 DA leader Andrei Nastase will be charged bitterly by voters due to his aggression against journalists and citizens who don't share his visions. His brutality towards uncomfortable questions could be explained by his infantilization. This opinion belonged to guests on Publika TV's In the spotlight show.

Serafim Urechean, the first parliament's former deputy, said that people don't appreciate Nastase's behaviors, which will probably influence the vote for him in the next elections.

"I think that Nastase wants to remain in politics, therefore, he must review his behaviors towards the press. Moldovan people are friendly and never accept such brutal attitude. He will probably lose due to this", said former deputy Serafim Urechean.

According to political analyst Anatol Ţăranu, Nastase's behaviors are vigorously rejected in democracy.

"This attitude just demonstrates a death for his political career. Nobody will vote for him. Fighting against the press means political infantilization and lack of experience", said Anatol Țăranu.

At a press conference last Tuesday, Nastase used filth language towards journalists while talking about decency.

On the same day, Publika TV expressed again our righteous indignation and condemned the recent gross attack by politician Andrei Nastase over our journalists. Publika TV remains in opposition against Andrei Nastase. Nastase is the number 1 enemy of Publika TV. This remains until he will make a public excuse.