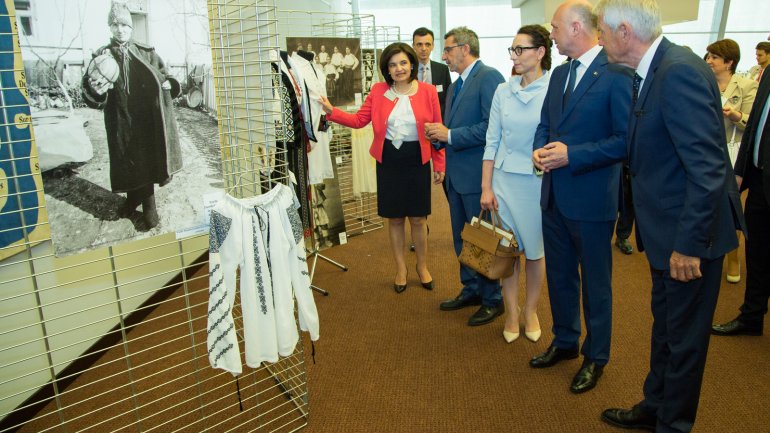 The prime minister highlighted the fact that the Traditional Costume Day, officially marked for the second year in a row, was a moment of re-discovery of Moldova’s cultural heritage and of returning to the roots: “Namely in such moments, we understand more deeply who are we and where we a coming from, we connect ourselves to our heritage and better appreciate the spiritual wealth of these places.”

At the same time, the Moldovan PM noted that the traditional costume was a quite favourite element of the Moldovan traditions, which represent Moldova’s identity, expresses the national creativity and love for beauty.

In this context, Pavel Filip expressed every respect and thanked all those who preserve the customs and continue making national costumes, among whom also the craftswoman Maria Cristea, whose costumes were displayed at the exhibition.

For her part, Culture Minister Monica Babuc said the Traditional Costume Day proved the multicultural diversity of Moldova and contributed to the consolidation of the Moldovan society.

The exhibition of Moldova’s traditional costume in Strasbourg will be staged on 26-30 June. Twenty two photos representing the traditional costume of the collection of the National Ethnography and Natural History Museum, as well as five national costumes and six embroidered peasant’s shirts of Casa Cristea (Cristea House) are exhibited at the event.