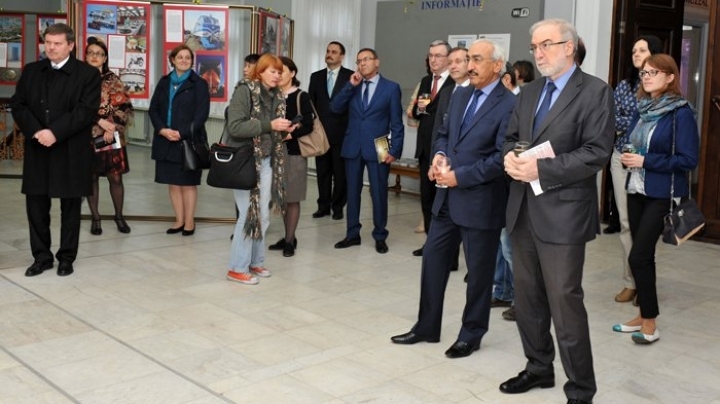 The Latvian Embassy in Moldova organized the inauguration of an exhibition titled, History of Riga City during one Century: starting from 1914 till 2014, Moldpres informs.

The exhibition is opened at an initiative by the Foreign Ministry of Latvia and comprises over 250 photos. Earlier, this exhibition has been staged in Spain and Switzerland and is to be displayed in Kiev afterwards.

Contacted by MOLDPRES, Latvian Ambassador to Moldova Atis Lots has said that the goal of this exhibition was to cover, through photos and photo collages, the most important transformations of the Riga city during one century, as a result of the great events which took place in Europe in 1914-2014.

According to the diplomat, the exhibition approaches various topics, such as: war and freedom, outstanding personalities of the time, daily life, fashion, architecture, design, music and other culture spheres, all of them aiming at presenting the sides of the Riga city’s history.

The deputy director of the National History Museum, Aurelia Cornetchi, thanked the Latvian Embassy for having chosen the museum to stage this exhibition. “I am sure that the exhibition will arise the interest of all those willing to know the history of Latvia,” Cornetchi said.