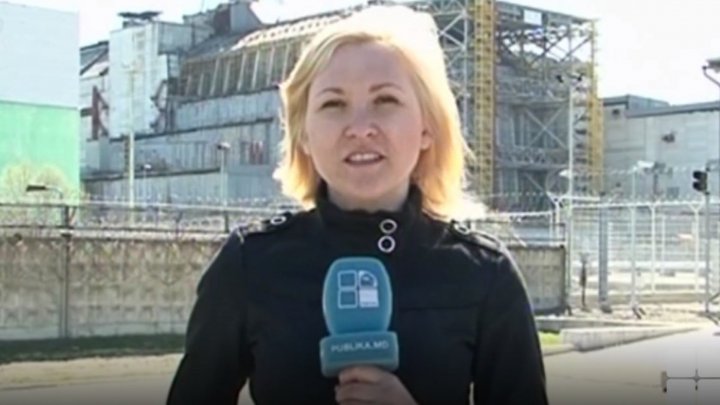 April 26 marks 33 years since Chernobyl accident, a catastrophic nuclear accident that occurred on 25–26 April 1986 in the No. 4 nuclear reactor of the Chernobyl Nuclear Power Plant, near the now-abandoned town of Pripyat, in northern Soviet Ukraine.

Publika reporters Valentina Canaşina and Victor Para were there in 2011 and showed us how the city was.

"This warning "Contaminated Zone" welcomes us before reaching Chernobyl. We need a special permit from authority to enter this place. Because we were part of UN official delegation for Secretary-General Ban ki Moon, we are allowed to come and film this area.

At present, approximately 150 people live in Chernobyl. Most of them work at the Nuclear Power Plant.

People see that radiation exceeds the admitted norms here is harmless. Some of them even grow vegetables. They debunk the myth that flora here would tolerate genetic mutations.

Fifteen kilometers apart from the ghost city is Nuclear Power Station. There are some areas restricted to filming.

We were able to film 50 meters from block 4 of station where explosion happened. It is now under the concrete sarcophagus.

Over 25 years after Chernobyl explosion, radiation levels fall up to 3, exceeding 6 times compared with Kiev's.

Until 2000, the damaged plant had continued producing electricity. It was banned after that. Then, it opened a museum and installed a monument in 2006 in memory of nearly 40 people who died following the Chernobyl explosion.

Over 25 years after that accident, Chernobyl region becomes touristic attracting around 10,000 visitors annually. "