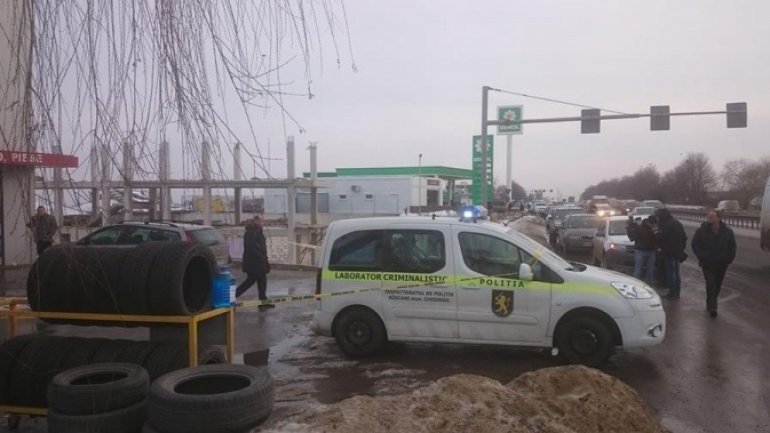 Publika TV has exclusively got videos from the spot where the shooting at the auto spare parts store which took place yesterday, February 17th.

Publik.MD recalls  that four people were detained by police after the incident yesterday in the Stauceni suburb of the capital. However, the number of victims who have suffered increased to four. All belong to the group of people who have committed the attack.

Read also: Details in case of shooting at gas station near Chisinau: Another one hospitalized

From the video from surveillance cameras installed inside the store, you can see how the attackers burst in the room and violently hit and punched one of the employees.

Subsequently, individuals try to break down the door of the office where other employees barricaded themselves including the shop owner. The images is seeing that the head company is carrying a gun, which then fired at the attackers. Thus, four people were injured, three of whom were hospitalized, and one refused hospitalization.