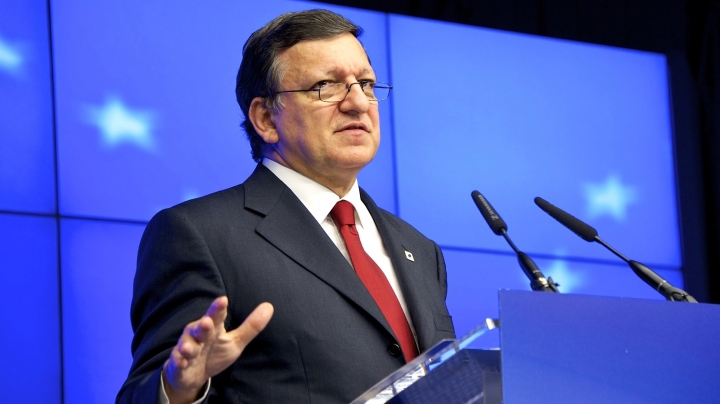 In an excliusive interview for Publika TV, Jose Manuel Barroso said that reforms in Moldova are going in the right direction.

Read the full interview below.

- What’s your opinion on the bold reforms assumed by our Government, such as Good Governance & Rule of Law? Are these type of reforms necessary in an emerging state?

- I think these reforms are going in the right direction, indeed they are dispencible and I'd like to make it clear, that they are important with or without the association process of the European Union  I mean by that, they should not be seen as something, that is just done as a response to that Association Agreement, but as a necessary condition for the prosperity and stability and the modernization of Moldova. They are done in the interests of the Mopldovan people and not as somthing that could be seen as imposed from the outside. So, yes, these are sometimes tough steps to make but they are indespensible for Moldova to become a more modern economy and succesful country.

-  Do you think Moldova can still become the eastern partnership’s success story?

-  Yes, I think so, but I want to be very open and honest, I think, it's challanging. It requires a great effort on all those political responsability in Moldova. I think, it requires a spirit of National unity and commitment to reach these goals for Moldovans themselves.

- Which is the biggest problem in Moldova’s European way? The economy, justice?

- I believe, both and somehow they are linked. First of all, the economy, of course,  is critically important for Moldova to reach the life of more advanced European countries, but without functioning the Independent  System of Justice and without coming back to corruption. The economy will not prosper, because this is one of the issues, that makes foreign investments less attractive. Both areas are a broad area of the reform of justice and economic reforms are critically important for the success of Moldova.

- What does Moldova have to do to attract foreign investment in its economy and stimulate the business environment?

- What are the means through which EU can help Moldova pass through a difficult economic environment? Is the Association Agreement a sufficient tool to achieve this goal?

- It is indispenssible, but not sufficient, we need more comittment on both parties, on Moldova and on EU. I mean political support, political investment, if I may use the word I mean  attention, following closely to development and if needed also financial support to impliment some of those reforms. At lest, I understand, that those reforms in the short term while the are certanly positive in the media for a long term, but in the short term, I think support maybe needed to have more positive reaction to those reforms.

- In the actual global context, which are the chances to restore the mutually beneficial economic relations between EU and Russia? How do you think Moldova would be affected by this relationship on the long and short run?

- As you know, I am no longer in official capacity now, I  am speaking on complete independent basis, but in fact I was during my terms in comission very much involved in all the negotiations with Russia, including in most difficult cases. Brieflyly, I belive now it depents to a logic sence on Russia. From what I know, from my experience, the EU is not interested in having a conflict with Russia.

Why should your opinion be? It's neigbour, a very important partner. The Ucrainian issue is far from being solved. I think basic condition to restore some kind of confidence between Russia and EU it will be for Russia to respect the Minsk agreement. To respect and to impliment. If this is the case, I think there are conditions to increase confidence. And I think also it will be good for Moldova if that happens. Russia is also very important for Moldova and our view at least in EU side is not continued to be of persuing a confrontation path with Russia. Now, what are the chances, it depends on Moscow. If they show the willingness,  I believe EU will also be able to work constractively with them.

- Do you see any solutions for the Ukrainian conflict? Can we talk about federalization?

- I think, the solution is the Minsk agreement. There it was very tough, very difficult to come to that compromise. It's far from perfect, but it is, I think, the only compromise possible, that has been in principle agreed by Russia and Ukraine and with the support of the EU as a whole. So let's focus on getting agreement and let's try to implement it.

- How EU can handle the migrants problem? Should it be a common policy? Or each EU country must handle it by itself?

- It's a very difficult challange. But, I believe at the end the EU will be able to hendle the problem as by the way it happened with the financial crisis, when many observers were saying that Greece was going to leave, the Euro was going to implode. And you have seen, that certainly are in a very difficult process, beacuse it takes time in Europe to reach cosensus. We were able to avoid those very negative scenes. How it will be? I believe with a solution, that will keep of course the national compentences, because  basically on migration, these are not the competences of EU. They are competences of our national government, but at the same time allow for some kind of European mechanisms to intervain in case of need enabling in case of emergency, when there is a kind of migration flows, when one of our members is simply not able to receive a respond to this sudden and massive flows of refuges or illigal migrants. So, it will be a policy, that you have a national dimension, but also with a stronger European coordination.

- Also about terrorism, what do you think is the best approach?

- Terrorism is not only affecting Europe, it's happening all over the world. I think, we need to get extensive approach from steps to bring progressively piece to the most affected regions from where in fact terrorism is priving, from Iraq to Syria, Libya, different parts of the world.

So, in fact it's the problem not originated in Europe, but it touches Europe and from that political efforts, that will take time. I'm not naive, I think, we are going to live with this conflicts for a long time, unfortunately. I think we need to be very tough on measures we take against terrorism, on security terms, for instance. Much better coordination of our intelligence and security services.

The key to fight against this new type of terrorism we have today is intelligence gathering and sharing are much more sophisticated responce at stream coordination. At the same time we have to be very clear with countries, that are predominantely muslim. They are, in fact, the ones, that are most affected by this terrorism. When there was a terrorism attack in Paris or Brussels, we had recently, of course, there is a lot of global attention, but should not forget, that almost  every day we see victims of terrorism in the Middle East.

So, they should be the ones, the muslim countries, that should appear in the front line to fight with all form of terrorism and so called Global Community, including EU shall be seen as a movement of support to the efforts of themselves, I hope I made myself understood. So it's going to be a tough battle, but in the past the Opened Society under democratic countries, have already shown, that they are able to win the battles against even more powerful enemies, and we are certainly  going to win that battle. This kind of terrorism is a crime against humanity. They are destroing the lives of innocent people and we cannot be conformed with these actions.