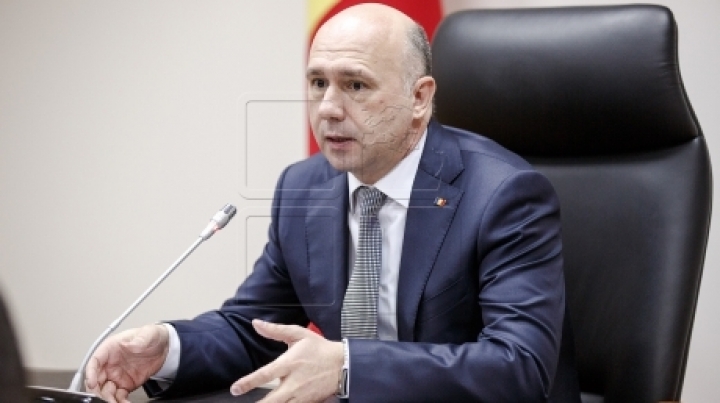 The frozen conflict on the Dniester river remains an open wound on Moldova's body, even if, this year, important things managed to be done, such as relaunching the 5+2 negotiations, after a stalling of over two years. Statements made by Prime Minister Pavel Filip in an exclusive interview with Prime TV channel.

Executive Chief is convinced that the only solution for the Transnistrian conflict is a constructive dialogue between Chisinau and Tiraspol.

"This conflict should be peacefully resolved. It's a achievement that this region has maintained peace so far. This year, after a break of two years, we managed to resume the 5+2 negotiations format. We succeeded, this year, manly because the OSCE chairmanship belongs to Germany ", said the Premier.

Pavel Filip also talked about finding a solution that Transnistrian students diplomas to be recognized in the European Union, and that Moldova will not exceed certain limits in talks with Tiraspol.

"Of course, there are limits we need to respect. We will not exceed these limits that are dangers for Moldova's statehood. There is only one principle - Moldova is an integral state. The solution for the status of this region will be found, so that Moldova will be one" , said Pavel Filip.

The prime minister said that European integration will positively contribute to the Transnistrian conflict settlement:

"We see European integration as a recipe for success and behold step by step into realizing it. Another thing we shpuld do is the implementation of  the Association Agreement, and  this is the most important thing the government did since the beginning."