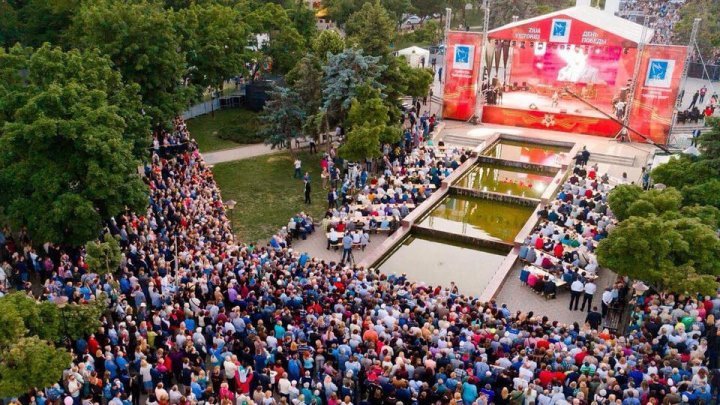 An exceptional concert in Chisinau, organized by the charity foundation "Miron Shor" on Victory Day. Dozens of World War II participants and other military conflicts had a special evening full of memories.

The event was attended by thousands of people, and the Park of the Afghan Heroes in the Capital has become inconsequential. The audience sang and danced in unison with the legendary Russian artists Iosif Kobzon and Lev Lescenko. The two stood up and broke up clapping applause.

For the veterans, a field military kitchen was also improvised. Participants in the war thanked for their special attention and concern.

"It's the first time for me and I'm glad I came to such a big and beautiful concert."

Iosif Kobzon and Lev Lechnenko thanked the president of the "Miron Shor" Foundation for the invitation.

"It is not the first time that I come to this holiday in Chişinău. I am grateful for joining people on this important day because I feel the feast and I am together," said Iosif Kobzon, an artist of the USSR.

"It was such a peace and joy, it is the only celebration that truly unites us so far. Victory Day is in the heart of each of us," Lev Leschenko, an artist of the USSR, said.

Ilan Shor congratulated the veterans and thanked them for their sacrifice.

"The veterans brought this victory for us, brought us freedom and a blue sky above our heads. As long as we are alive, we must be with them every day, to help them, and we will help them,"said Ilan Shor, president of Miron Shor Foundation.