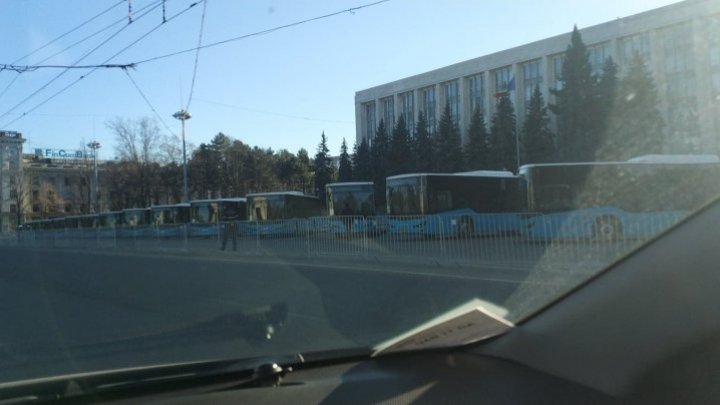 The 25 buses exhibited in the Great National Assembly Square will run through the city within a week. The announcement was made by the head of the Urban Bus Park, who signed the car purchase agreement with the manufacturer. The company's representative reiterated that buses are new and not second-hand, as previously reported.

"The contract was drawn up and we are going to sign it."

"Buses will run in the near future, in a week or even sooner", said Vitalie Copaci, head of Urban Bus Park.

Vitalie Copaci also explained that the Romanian company's offer was rejected due to the small guarantee.

The official representative of Moldovan company Isuzu, who won the auction, motivated why buses were bought through an intermediary.

The manufacturer's partner also mentioned that all buses are produced in 2018 and do not have a registration number in any country. At the same time, the presence of miles on board is explained by the road made from Kocaeli Province, Turkey.

There will be more six buses in the Capital, within the same batch of acquisitions. The total cost is 81 million lei. The money is from the municipal budget already approved for this year.

At present, 127 buses run on the streets of Chisinau. The last time of park renovation was 13 years ago when 20 vehicles were purchased.