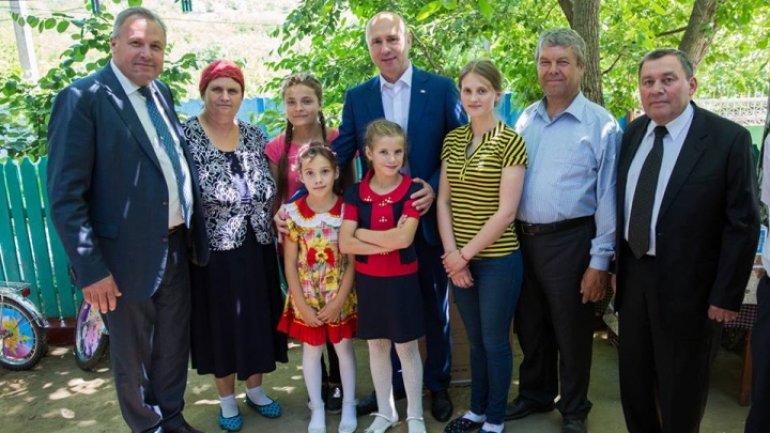 The Samocrainîis from Călmăţui village, Hânceşti district, rear four orphan girls, in addition to their biological children, who have already grown up.

On the Children’s Day occasion, Prime Minister visited the family with a bunch of gifts.

Andrei and Eugenia bring up four orphan girls aged from 7 to 17: “We help these children, support them, lest they should feel they don’t have parents. The mayor does support us, we thank the District Council, which struggles for these children," said Eugenia.

The little ones had the dream of having bicycles and Premier Pavel Filip brought them two, plus a washing machine, a TV set and a microwave oven.

"There three families bringing up orphan children in our locality. We’re very proud to have such people who allow such children to be born again: they also have a right to happiness," said mayor Constantin Sandu.