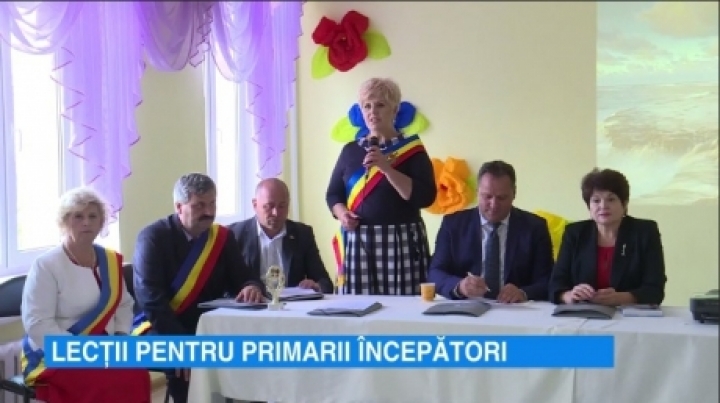 30 mayors in the country, at first mandate, have decided to improve their management skills in the localities they run. For that, the ladies went to their colleague in Calfa, Anenii Noi district, who is leading the city hall for over 20 years. Ludmila Ceaglac has teached the beginners how to communicate effectively with locals, how to attract investments, but also how to be a woman in politics.

Mayoresses, at first and second term, have learned how to carry out infrastructure development projects on villages, but also how not to lose the trust of the locals.

"He was not afraid to roll up mânecele and engage in work in construction. A mayor now is a builder, and a good steward, a manager, but also a policeman" , said mayor Cneazevca viallge, Leova, Larisa Tomsa.

"The ladies are more persistent, especially ambitions. Where the ladies put their idea, an initiative start things, starting stack of difficulties, and perseverance they motivate us to move forward" , said secretary of mayor office in Scoreni village, Straseni district, Nadejda Bobeica.

"This is not a profession but a vocation is only through devotion and ferm attitude can only get the things you've seen in your community" , said Mayor in Calfa, Anenii Noi, Ludmila Ceaglâc.

The event was attended by the president of the Organization of Women of the Democratic Party, Valentina Buliga: "Women in positions of mayor managed to change places. The exchange of experiences, good practices gives us courage that we are on the right path, that we will succeed alongside men, to modernize Moldova "

During the event, Calfa village was twinned with the Valcele village, Calarasi district, Romania. The project aims to bring Moldova closer to the EU, and to develop settlements.