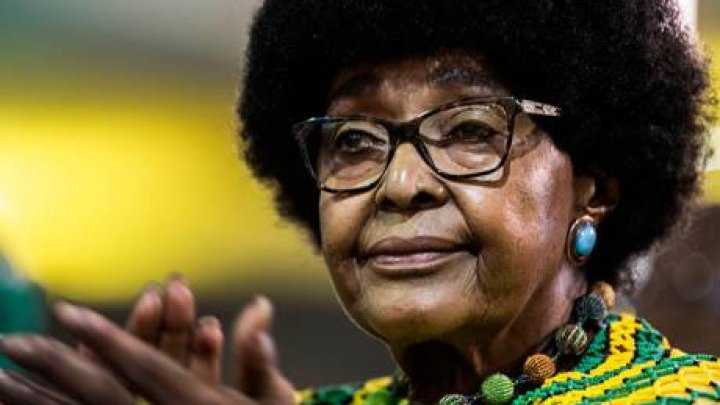 Winnie Madikizela-Mandela, the iconic and deeply controversial figure of the anti-apartheid struggle in South Africa, has died aged 81.

The death of Mandela, the ex-wife of former South African president Nelson Mandela, at a hospital in Johannesburg after a long illness was confirmed by her personal assistant, Zodwa Zwane, on Monday afternoon.

Seen as the “mother of the nation” by many who admired her steely leadership and activism against a brutal racist and repressive regime, Mandela was a polarising figure who was repeatedly accused of being linked to violence and corruption.

A statement from Mandela’s family said the former political prisoner, who used her family name of Madikezela after her divorce, had been in and out of hospital since the beginning of the year.

“She succumbed peacefully surrounded by her family and loved ones in the early hours of Monday afternoon,” the statement said.

“Mrs Madikezela-Mandela was one of the greatest icons of the struggle against apartheid. She fought valiantly against the apartheid state … sacrificed her life for the freedom of the country and helped to give the struggle for justice in South Africa one of its most recognisable faces.”

Fikile Mbalula, a senior member of the African National Congress (ANC), described “Mama Winnie” as “a great symbol for the resistance against a brutal government”.

Jeff Radebe, the South African minister of energy, said “Mama Winnie Mandela was recognised by the people as the Mother of the Nation. As the ANC we dip our banner”.

Adam Habib, the principal of the University of the Witwatersrand in Johannesburg, called Madikezela-Mandela “the symbol of resistance in the darkest days of apartheid [who] provided hope when there was no other.”

Born in 1936, in the poor Eastern Cape province, Madikizela-Mandela became politicised at an early age in her job as a hospital social worker.

Strikingly attractive, articulate, clever and committed – her given name, Nomzamo, means “one who strives” – the 22-year-old Winnie caught the eye of Mandela at a Soweto bus stop in 1957, starting a whirlwind romance that led to their marriage a year later. But the union was short-lived. Mandela was arrested in 1963 and sentenced to life imprisonment for treason.

During her husband’s 27-year incarceration, Madikizela-Mandela campaigned tirelessly for his release and for the rights of black South Africans.

She remained unbowed, emerging to punch the air triumphantly in the clenched-fist salute of black power as she walked hand-in-hand with Mandela out of Cape Town’s Victor Vester prison on 11 February 1990.

For husband and wife, it was a crowning moment that led four years later to the end of centuries of white domination when Mandela became South Africa’s first black president.

But for Madikizela-Mandela, the end of apartheid marked the start of a string of legal and political troubles that, accompanied by tales of her glamorous living, kept her in the spotlight for all the wrong reasons.

She and Mandela separated in 1992 and her reputation slipped further when he sacked her from his cabinet in 1995 after allegations of corruption. The couple divorced a year later.

In her last interview, re-broadcast on Monday afternoon by state broadcasters, Madikizela-Mandela spoke of how she had always put the collective good of the ANC before her individual well-being and described the challenges her country faces today.

“I would be extremely naive if i suggested to you that South Africa today is what we dreamed of when we gave up our lives, ” she said. ”We have extreme challenges. Political freedom without economic freedom is what has resulted in the challenges we face today. We come from a very brutal period of our history, a country that was segregated, divided into four categories, to transit from that era to where we are today has been a really painful journey ... but the economy remained in the hand of the few.”