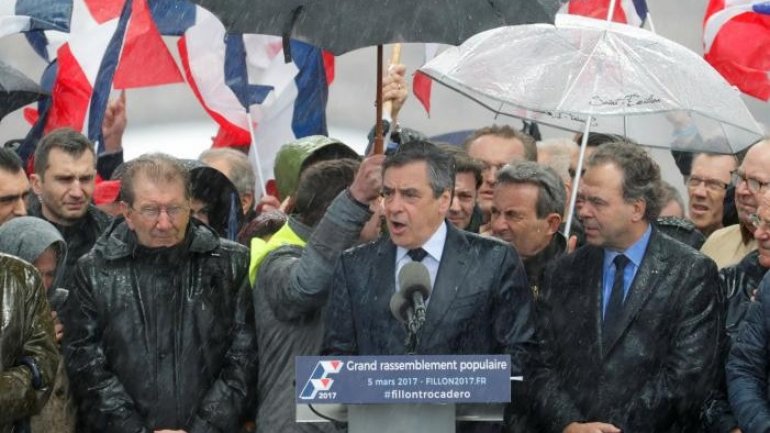 Former French President Nicolas Sarkozy called on Monday for a meeting with Francois Fillon and another senior conservative figure, Alain Juppe, in a bid to hammer out a solution to the crisis facing Fillon's presidential election campaign, Reuters reports.

Sarkozy said on his Twitter feed that the aim of the meeting was to ensure a "dignified and credible way out from a situation which cannot last any longer and which is the source of deep concerns among French people".

Juppe has been touted as a potential replacement for Fillon, but sources within The Republicans party say supporters of Sarkozy have baulked at such a swap. Juppe was due to make a statement himself later on Monday.

Fillon has so far stood firm and refused to give up his candidacy despite calls to do so from several senior members of the party, and even though opinion polls show him losing an election that is less than 50 days away.

Once the frontrunner, he is mired in a scandal over hundreds of thousands of euros of public money he paid his wife to be his parliamentary assistant.

He denies allegations she did little work for the money, but suffered a serious blow last week when he learned he could be placed under formal investigation for misuse of public funds.

A meeting of senior party officials is already scheduled for Monday evening.