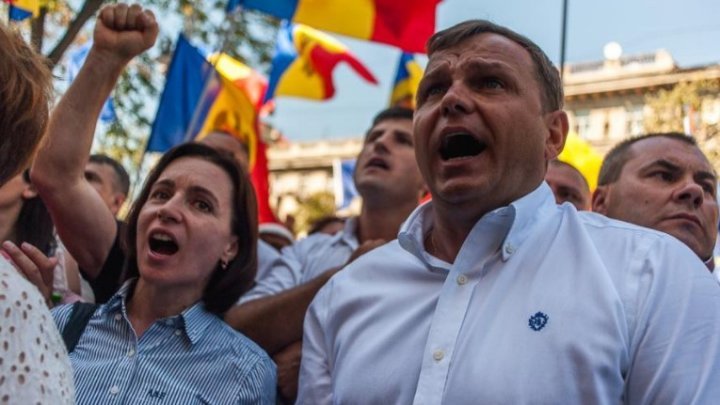 PAS leader Maia Sandu is not the right person to serve as Moldovan prime minister while the entire PAS and DA parties have deviant behavior and a vulgar vocabulary. This opinion belongs to diplomat Valeriu Poia broadcast on TVC 21.

"Nobody from their parties didn't say bad stupid words. They're all twerps. A normal person can't wish their leader is prime minister", said Valeriu Poia.

"Look at eyes of Nastase. See what he's speaking, look at his gesture. Or look at Slusari. They are only politicians literally".

The diplomat also said that he didn't wish to comment on these politicians but there is a saying "no smoke without fire".

"DA entered parliament because young people and diaspora voted him. But these politicians should draw up their plans for development, defense and labor force program".

"Once then say they have education reforms, they should show that they really mean it. I used to work in the World Bank, I don't even know what Ms Sandu worked for. She only looked at papers from this office to another. What she's talking about is nonsense. She should visit psychiatrist to check this matter", said Valeriu Poia.