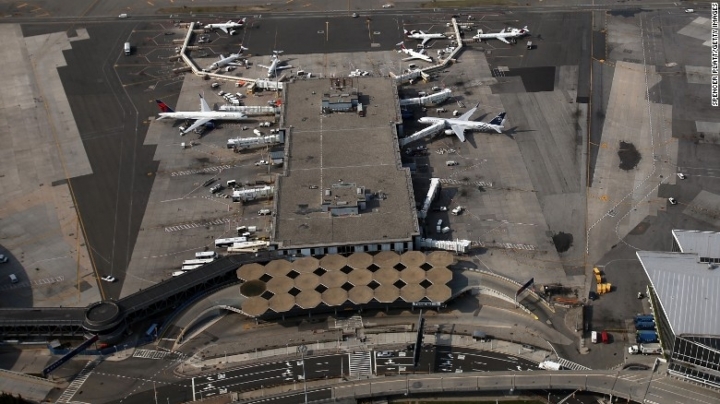 In exchange for discounted liquor and consumer electronics, a former manager for an international airline smuggled packages out of the U.S. for Chinese military officers, prosecutors say.

Ying Lin is accused of using her job at the airline to place the packages on flights to China out of New York's JFK airport, federal prosecutors said in a statement Wednesday.

"The defendant repeatedly acted in direct contravention of rules and regulations providing for the safety of flights in the United States in order to reap personal benefit," said Robert Capers, U.S. Attorney for the Eastern District of New York.
It's the latest case of a person linked to China being accused of breaking U.S. laws to get items across American borders illicitly.

The prosecutors' statement didn't identify the airline Lin had worked for, but the Wall Street Journal reported it was Air China, the country's flag carrier. Air China wasn't immediately available for comment.

Lin, a 46-year-old resident of Queens, is alleged to have received packages from military officers at China's mission to the United Nations in New York, and from other employees at the Chinese consulate in New York. Prosecutors didn't say what the packages contained.

She has been charged with smuggling, obstruction of justice and wire fraud. CNNMoney wasn't immediately able to reach her representatives for comment on the charges.