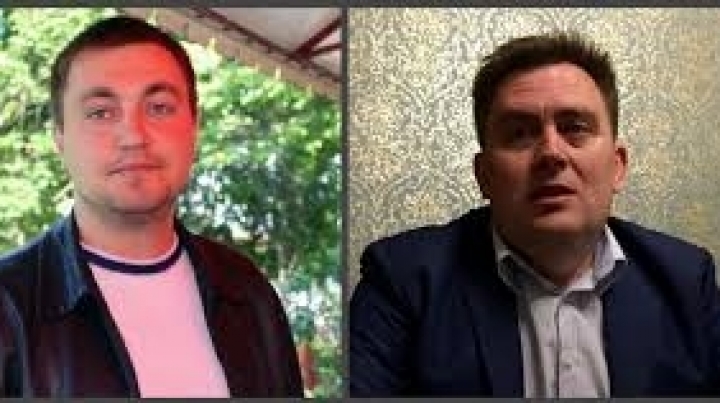 ASITO funded Gofman family with nearly one million lei. The evidence of their association is presented in an article published by Veaceslav Balacci on his blog.

"Beyond the lists made by Sagaidac, false thieves and heroes, the truth about the platonic love of No.1 raider in the CIS, arrested in Kiev and Mihail Gofman presents a completely different reality. This reality clearly explains why the former employee of NAC appered in the media, once Plato felt in danger. The evidence of this investigation came to exclude all 'ifs' and 'buts' of the association of Gofman and Platon",said Balacci.

Immediately, the day after, his son was hospitalized in a private hospital in Israel, Haifa, Assuta Medical Center, where he undergoes an ordinary surgery as treatment for a chronic disease, that he suffered from age 3. Beautiful "coincidence", isn't it?! The insurance contract is concluded with just one day before the occurrence of the insured event",writes Balacci.

However, the article recalls that on 29.12.2014  Richard Gofman was discharged from the hospital in Israel.  According to documents issued by the private hospital, the cost of the surgery was 11,640 USD or 31,560 USD. In total, expenses related to his son's treatment in Israel USD 43.200,00 which he received from the insurance company controlled by Platon.

According to the insurance contract, "the insurance company (insurer) does not indemnify and does not pay the sums insured in the treatment of chronic diseases, known or unknown, unless it was granted in connection with acute pain or life saving." Of note, based on medical expert statement issued by doctors in Israel,  that hospital admission in Israel and surgery was not an emergency and not within the insured events, writes Balacci.

ASITO concludes the order for payment at 31.12.2015, actually paid the year before and only at 18.02.2016 the managing board, led by President Mykhailo Goncharuk (Veaceslav Platon man of confidence) approved the decision, which is perfected the claim for indemnity for Mihail Gofman and extract compensation paid.

Both transfers operated urgently were illegal, since this is a sponsorship that defrauded insurance regulations and not an insured event compensation. Although thanks to the intervention of Platon's money was transferred rapidly to the detriment and prejudice insurance company ASITO just the end of 2015 - beginning of 2016 legalized the two transfers operated Gofman's interest!

This is still an outline of "genius" Platon, who was thought to be too confusing to be ever discovered. The scheme was to veil his connection with former NAC employee Mihail Gofman and sponsorship to cover the needs of his family, made dumped on an insurance company seized by Platon. I remember ASITO was eventually bankrupt and happened because of many other such schemes, which were taken out money from the insurance company, just as they were driven by the same actors and Savings Bank!

Mihail Gofman is definitely not a poor man, who would need a sponsorship for medical treatments of his family in the historic homeland. The investigation took place just months after the publication of Ziarul de Garda, describing luxurious properties of Mihail Gofman, the richest employee of CNA. So, this funding is nothing but a reward paid by Platon for Gofman's services.

"Behind the genius schemes of No.1 raider, the truth has a quality to get to the surface, no matter how deep you try to bury it!" The heroism of Gofman and Sagaidac has one price. With many zeros! A price paid with stolen money, from looted banks and ruined businesses,  from children's mouth in kindergartens and orphanages, from elders pesion and student scholarships, doctors salaries and teachers and other state employees,from this country's hopes to a better life ... I hope they succeed to steal many more years in prison! "concluded Balacci.