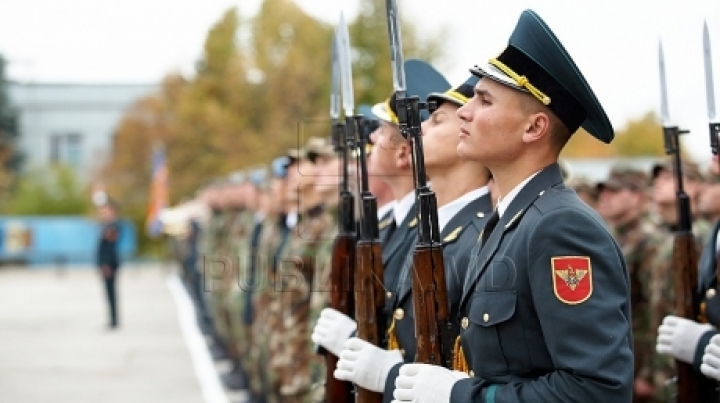 National Army celebrates today 25 years since its foundation. On this occasion, several celebratiions will be organized in the capital and military units.

In Chisinau, the demonstrations began at 08:30, with flowers at the monument of Stefan cel Mare. The events will and with a concert in the Grand National Assembly.

The decree on the National Army was signed on September 3rd, 1991 by the first President, Mircea Snegur.

It is now one of the most important structures to ensure the security of the country. The Armed Forces are composed of three infantry brigades, a division of antiaircraft missiles, a basic aviation regiments transmissions and several subdivisions. These include the Guards Battalion and "Codru" engineer battalion.

Special battalion "Lightning" is also part of the country's armed forces, and in 1999 the "blue helmets" battalion was established participating in humanitarian and international peacekeeping operations. The Peace Partnership is an instrument of bilateral cooperation with NATO and other partner countries. Moldova joined the program in March 1994.

National Army has about six thousand soldiers and the Defense Ministry budget for 2016 is over 540 million lei.