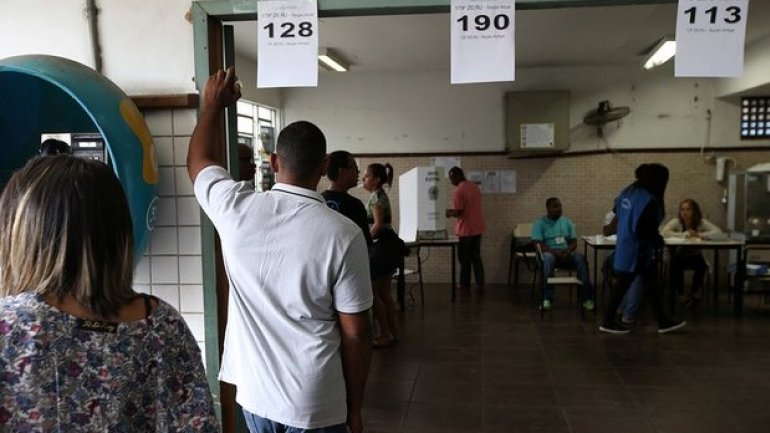 An evangelical bishop has been elected mayor of Rio de Janeiro, as rightwing candidates across Brazil strengthened their influence at the expense of a decimated Workers’ party, reports The Guardian.

Despite his past condemnation of Catholics and homosexuals, Marcelo Crivella of the Universal Church of the Kingdom of God won control of the city in a second round of municipal elections that underscored the rise of religious conservatism and the demise of the left-wing party that has dominated national politics for more than a decade.

The Workers’ party lost every mayoral post it contested on Sunday, including two in São Paulo state, where it was founded, and Recife, which was long considered a stronghold. This followed heavy defeats elsewhere in the first round of local elections earlier this month.

It extends a horrendous period for the party, which was pushed out of power this year with the impeachment of former president Dilma Rousseff, and has subsequently seen its founder, Luiz Inácio Lula da Silva, ordered to stand trial on charges of corruption and obstruction of justice in the Lava Jato (Car Wash) investigation into bribery at the state-run oil firm Petrobras.

Although almost all the major parties were involved in the scandal, Michael Mohallem, law professor at the Getúlio Vargas Foundation, said the Workers’ party (PT) was worst hit and would be severely weakened in the run-up to the 2018 presidential election.

Disgusted by the revelations of Lava Jato – which implicated dozens of politicians across the ideological spectrum in a massive kickback system – and tired of a lingering recession, voters nationwide showed their contempt for the entire political system. There was a record number of spoiled and blank ballots and many people failed to vote altogether despite a legal obligation to do so.

They also showed a willingness to choose candidates from outside the mainstream. In Belo Horizonte, the mayoral race was won by Alexandre Kalil, a former football club president from the little-known Humanist Solidarity party, who campaigned on a platform of not being a politician.

In Rio, the runoff was between candidates from two parties that were once considered on the fringe. Crivella, a conservative from the small Brazilian Republican party, won with 59.4%, comfortably ahead of Marcelo Freixo, a respected human rights activist with the left-wing Socialism and Freedom party. The third-placed candidate, knocked out in the first round, was also an evangelical conservative, Flávio Bolsonaro, whose father Jair – a national deputy – dedicated his impeachment vote to a dictatorship-era torturer.

Crivella, a former gospel singer and nephew of the founder of his powerful church, was running for the third time. His conservative religious background, as well as accusations of fraud, were cited as negative factors in his two previous attempts, but they may have worked in his favor this time.

Evangelicals have long been increasing their influence in traditionally Catholic Brazil. As well as growing numbers of followers (about a fifth of the population, according to the last census), their electoral impact has been boosted by recent campaign financing reforms, which restrict corporate donations but continue to allow churches to direct their congregations – and their TV and radio channels – towards favored candidates.

They are also making greater inroads into the longer established parties that form the base of the centre-right coalition of President Michel Temer. The biggest gains in this month’s elections were made by the right-wing Brazilian Social Democratic party (PSDB), which won São Paulo. Temer’s Brazil Democratic Movement party largely held its ground to retain the biggest number of mayoralties in the country.

Several leaders of these parties, along with Crivella, are implicated in the Lava Jato scandal, but they came out of the elections not only unscathed, but victorious.

Some blame this on the bias of the media and the judges involved in the investigation.

Others expect the move to the right to continue now that fiscal conservatives and evangelical leaders hold more powerful positions. The rise of the religious right – and the more morally intrusive government that it may bring – generates fear and hope, depending on what side of the political spectrum you are on.

At a Crivella rally last week, supporters were already in a celebratory mood, dancing to a campaign song which included countless mentions of Lava Jato. Everyone the Guardian spoke to played down the link between politics and religion, but all were members of the candidate’s church and expected bigger changes to come.

Rio – once famed as a party capital, then as an Olympic host – looks set to enter a conservative new era.