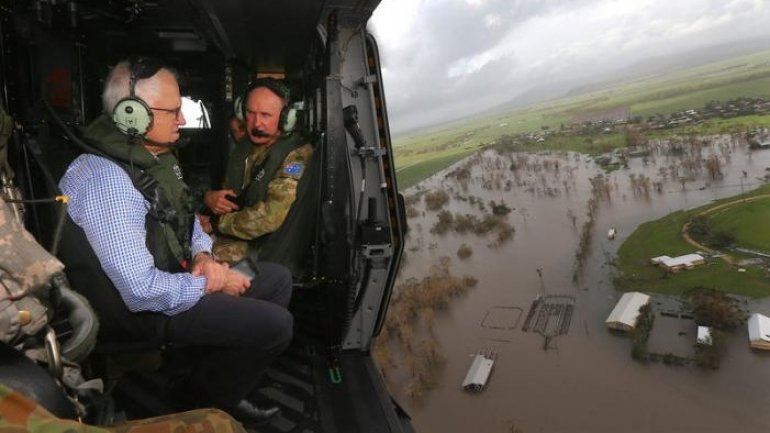 The authorities ordered the evacuation of large parts of a major town of more than 25,000 people in eastern Australia on Thursday as a storm system generated by a powerful cyclone that pummeled the northeast two days ago swept down the coast with heavy rain.

"This severe weather system that began with Cyclone Debbie and is tracking down the coast is causing havoc across our state," Queensland Premier Annastacia Palaszczuk told reporters in the state capital, Brisbane.

The cyclone was downgraded to a tropical low on Wednesday but it was driving squalls with torrential rain across a 1,200-km (745-mile) stretch of Australia's east coast, swelling rivers and prompting widespread flood warnings.

In Lismore in the north of neighboring New South Wales state, the State Emergency Service told residents to leave because weather forecasts predicted the town's worst flood in nearly 20 years.

The rural hub in the Northern Rivers region of New South Wales is home to at least 25,000 people.