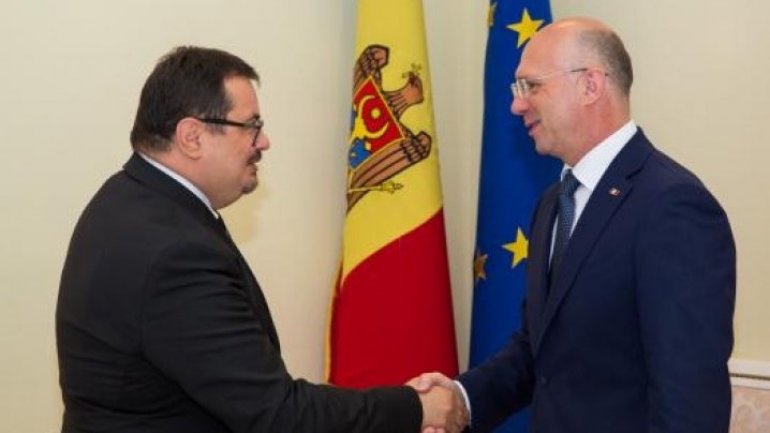 The new ambassador of the EU, Peter Michalko favors the European vector of Moldova as well as authority's aspirations for development. This was marked in the meeting between Prime Minister Pavel Filip with the European diplomat.

The Head of the EU Delegation in Chisinau remarks that our country's partnership with the bloc is turning a new phase.

The Ambassador notes that Moldova has a more detailed association agenda, which offers new chances to promote cooperation and support the reform process.

In this context, Chief Executive Pavel Filip assures the government is open to dialogue and advocates continued effective collaboration.

The prime minister also informs the EU representative about the reforms promoted by the Executive and their benefits to society.

Officials exchanged views on preparations for the Eastern Partnership Summit held in Brussels in November. The prime minister announced that he will attend this meeting.