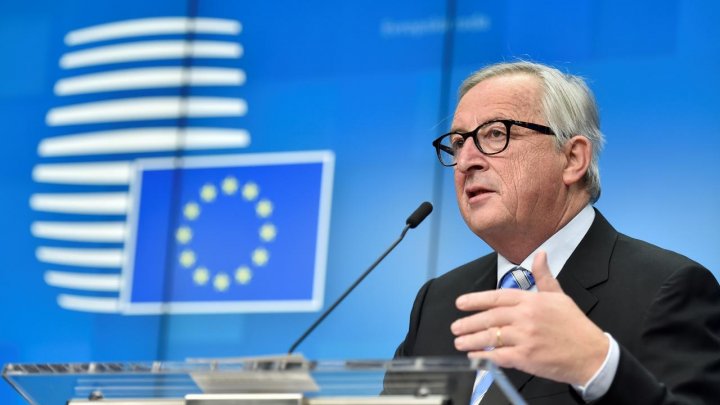 European Commission President Jean-Claude Juncker will be speaking to British Prime Minister Theresa May on the phone on Friday, the Commission's Deputy spokesperson told a news conference in Brussels.

Mina Andreeva said that while she did not want to preclude the phone call, "the Prime Minister has been in an outreach to brief leaders all over Europe on the latest state of play and the situation in the UK so I expect this to be the subject of the phone call today."

Last month, May postponed a parliamentary vote on a Brexit agreement with the European Union that has been widely criticized by loyalists and political opponents alike.

Her attempt to get assurances from the EU to sweeten the deal has been rebuffed by the bloc.

Barring further changes, the parliamentary vote will be held during the week of Jan. 14 - just 10 weeks before Britain is set to leave the EU.

Andreeva also commented on migrants stranded in two rescue ships, saying the Commission continued its intense contacts with a number of member states willing to find a solution to their disembarkation.

Malta is letting two private migrant rescue ships, including one that has been seeking to disembark rescued people for 12 days, shelter in port from a Mediterranean storm.

Prime Minister Joseph Muscat tweeted that while the rescues didn't happen in the Maltese search-and-rescue area, Malta was letting SeaWatch 3 and another vessel enter Maltese waters.

"There is indeed a number of member states that have expressed their willingness to contribute to this joint effort and support Malta but our contacts are ongoing so at this stage I wouldn't want to make the annoucements until the member states have done so themselves," Andreeva told reporters.

The German aid group operating SeaWatch 3 says 32 migrants were rescued from a human trafficker's boat on Dec. 22 and another vessel later rescued 17 others.

Sea-Watch Italy tweeted on Thursday it was a few nautical miles from Malta's coasts and had "permission to seek shelter from the storm."

It said European Union officials were trying to find countries which would accept the migrants.

Malta and Italy have refused to accept migrants rescued by private groups.