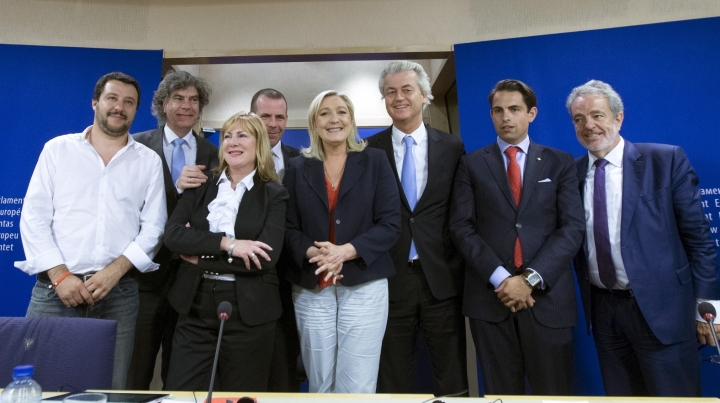 The leaders of Europe's biggest far-right parties have gathered in Austria's capital, Vienna, to join forces against the European Union, "radical Islam" and asylum seekers.

Hainz-Christian Strache, the leader of Austria's Freedom Party, warned refugees on Friday that Europe was ready to send them packing as he addressed a cheering crowd of about 2,000 people gathered at a convention centre.

"We will save you on the high seas," Strache said. "But we will send you back to the harbour where you started out."

He accused German Chancellor Angela Merkel of causing "irreparable damage" to Europe by opening German borders to hundreds of thousands of asylum seekers fleeing war in the Middle East.

Held under the slogan "Patriotic Spring - Cooperation for Peace, Security and Prosperity in Europe", the gathering also included politicians from the Alternative for Germany (AfD) and Northern League of Italy among others.

Populist, anti-immigration parties are on the rise across Europe as high unemployment and austerity, the arrival of record numbers of refugees, and recent attacks in France and Belgium deepen voter disillusionment with traditional parties.