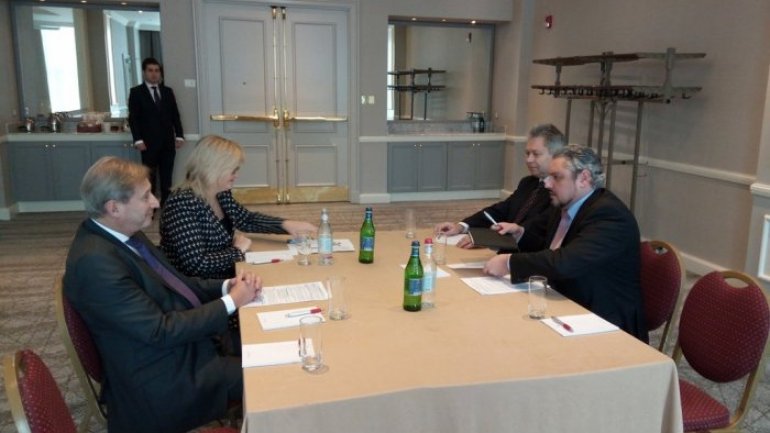 Deputy Prime Minister, Foreign and European Integration Minister Andrei Galbur has had a meeting with EU Commissioner for European Neighbourhood Policy and Enlargement Negotiations Johannes Hahn, on the sidelines of an informal meeting of foreign ministers from the Eastern Partnership countries, held in Yerevan, as stated by Moldpres.

At the meeting, the high EU official appreciated the actions undertaken by the Moldovan authorities to implement the European reforms’ agenda, with a conclusive index in this respect being also the decision by the IMF Board to approve the Agreement with Moldova. Thus, EU will start the procedure of disbursement of the assistance envisaged for the next year.

Johannes Hahn welcomed Moldova’s irreversible commitment on the European integration way, reiterated by Minister Andrei Galbur, including in the context of the presidential polls’ results. The EU official also reconfirmed interest and openness of the European Union to continue a sustainable cooperation with Moldova and extend it to new sectors, based on the progress in implementing the reforms provided for in the Association Agreement.
AFLĂ imediat Știrile Publika.MD. Intră pe Telegram