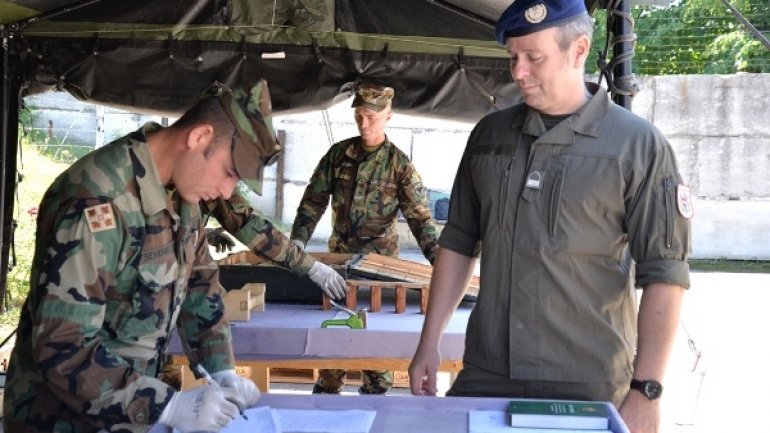 A total of 26 Moldovan army officers and representatives of the Ministry of Internal Affairs, the Ministry of Justice and the Security and Intelligence Service successfully graduated from a six-week training course on 21 June 2017 supported by the OSCE Mission to Moldova.

The course was held in Chisinau and delivered by Moldovan army officers with assistance from Austrian and German trainers.

During the course, participants studied essential techniques and standards for the safe handling and maintenance of small arms and light weapons (SALW) and conventional ammunition. They also learned to inspect ammunition and explosives in accordance with standard operating procedures.

“It is vital that those responsible for handling and maintaining SALW and conventional ammunition are trained to do so safely, as this reduces potential risks to the population,” said Stephen Young, Deputy Head of the OSCE Mission to Moldova.

The course was held as part of a two-year training programme supported by the OSCE Mission to Moldova, with the first module taking place in 2015. The programme aims to ensure the safe handling and maintenance of SALW and conventional ammunition and has been led by a multinational team of trainers, including specialists from Austria, Canada, Germany, Sweden and Switzerland.