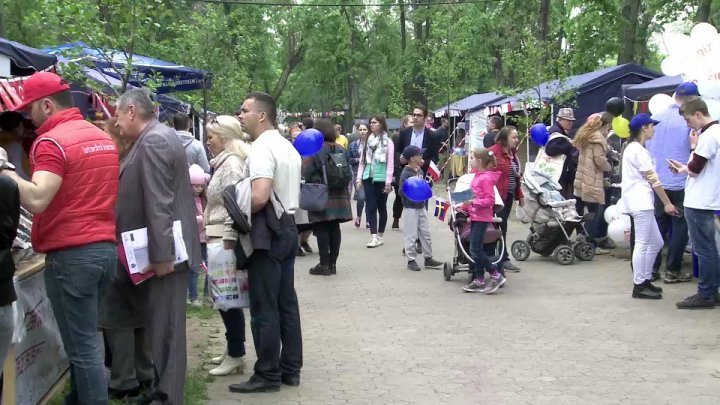 Big shot in the Stephen the Great Park in the Capital, where an official opening of the European Town will take place in an hour, an event organized by the EU Delegation in the Republic of Moldova.

The event will start with the speeches of the officials, after which they will take a tour of the town. More specifically, they will visit the tents opened by the embassies accredited in Chisinau, where they will be able to get acquainted with the cuisine, the tradition and the culture of the European countries.

There are raffles, competitions for children and young people in the town. Those curious will be able to taste the traditional pieces of each country present at the event.
AFLĂ imediat Știrile Publika.MD. Intră pe Telegram