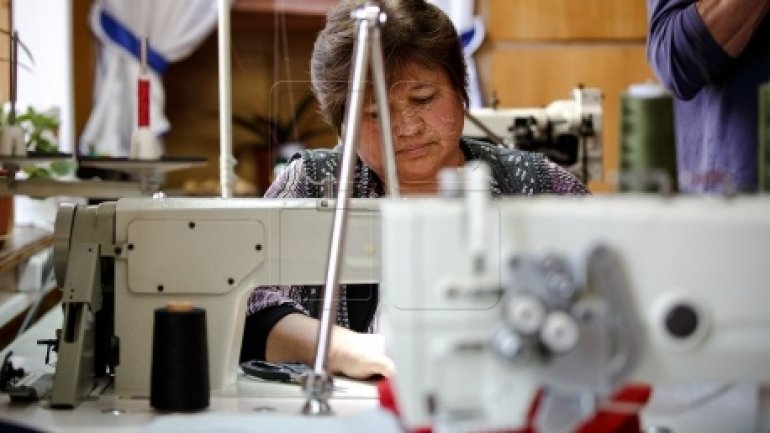 The tailors from a factory in the western town of Nisporeni sew clothes for European military. The employees met with the Democrat MP Raisa Apolschii and said they were glad to have jobs in their town and did not have to go abroad.

The firm exports sleeping sacks and equipment for NATO military to Austria.

"This jacket is for the German police. We have an order of 3,700 jackets. We sew for all the NATO armies," said manager Tudor Şeptilici, who employs 80 sewers, but planned to expand his business.

Raisa Apolschii calls on all the managers of small and medium-sized enterprises to follow the example of the Nisporeni entrepreneur: "The biggest problem is not the investment, but the shortage of skilled workers. We must retrain. The people live well in Europe because everybody knows what he has to do. We’re accustomed to do things superficially and willing to gain lots of money. But things are not done this way."

The Democrats’ presidential runner Marian Lupu earlier had stated that half of the amount to be invested by young entrepreneurs to start businesses was likely to be covered by the state.