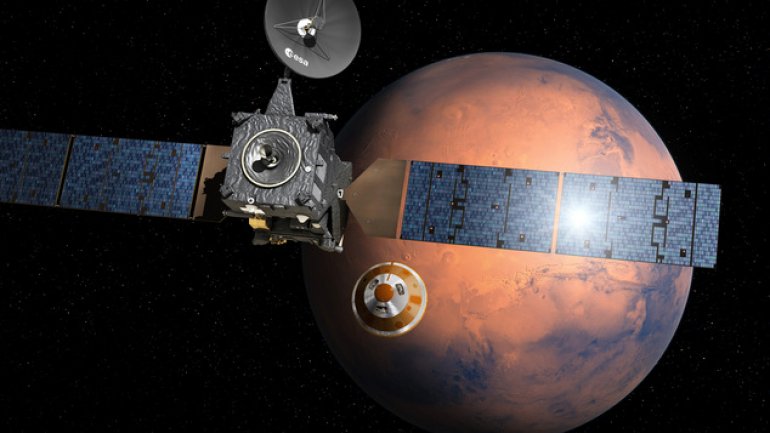 The European Space Agency launched a probe to land on the Martian surface to scour the area for any signs of life.

The probe, named the Schiarparelli, separated from its mother ship earlier today and began its controlled descent.The landing module will land on the surface on Wednesday and begin working.

Schiaparelli will take images of Mars and conduct scientific measurements on the surface, but its main purpose is to test technology for a future European Mars rover.

Schiaparelli's mother ship, the Trace Gas Orbiter, will remain in orbit - analyzing methane and other gases in the Martian atmosphere to help determine whether there is or was life on Mars.

Methane is created by biological or geological activity and breaks down within a relatively short period of time once it reaches the atmosphere.

The two craft are part of the ExoMars mission, a joint venture between ESA and Russia's Roscosmos space agency, and were launched in March.