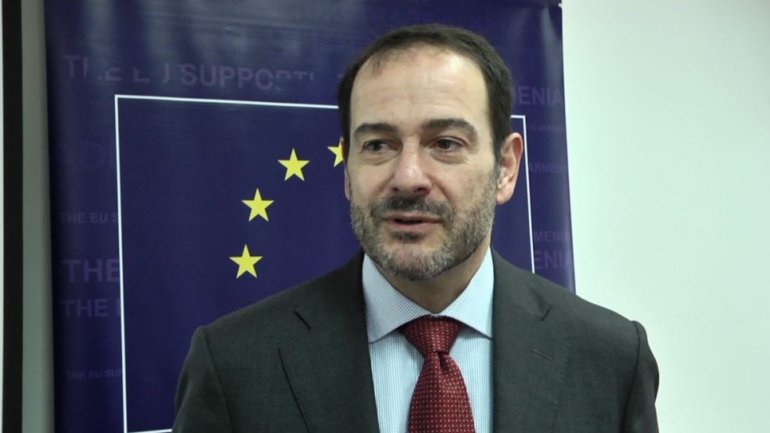 European Union welcomes the adoption of Moldova of the laws for the energetic field and the evolution of the projects of interconnection to electricity and natural gases.

The declaration was made by the director for Russia, Eastern Partnership, Central Asia and OSCE, Luc Devigne, at a meeting with the minister of Economy, Octavian Calmac, in Brussels.

The officials also discussed about the implementation of the provisions of the Moldova-EU Association Agreement, and of the Agreement of Instituting the Deep and Comprehensive Free Trade Area by the Moldovan authorities.

Devigne appreciated the efforts of the Moldovan Government in the fulfillment of the reforms implemented during the last year.

In the context, the European official mentioned the availability of the EU to give the necessary support in implementing all strategies of national development.

Octavian Calmac attends the meeting of the Moldova – European Union Association Commission which is taking place in the period 18-20 October 2016 in Brussels.