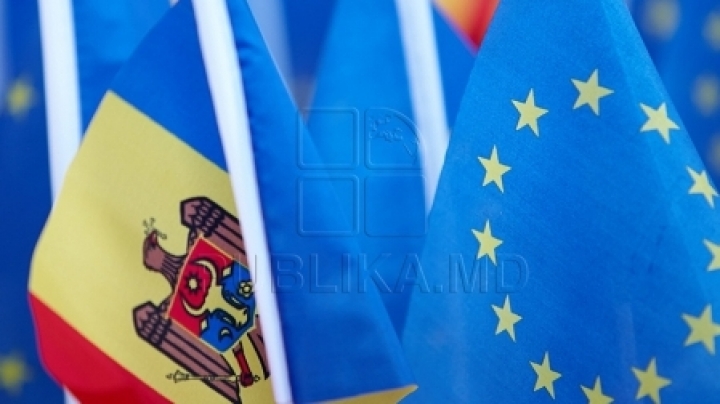 Two years after implementing the Association Agreement with the European Union, Moldova has recorded important progress and is on the right track. The opinion is shared by Moldovan and foreign experts, at an annual Debate Forum on the European Integration. They say Moldova needs the EU’s help in order to continue the reforms.

Parliament President Andrian Candu has said Moldova has passed through a series of crises all this time, which have hindered the implementation of the agreement, but the state institutions managed to put themselves up again.

"On the background of this financial-banking crisis, of the political crisis, of the trustworthiness crisis, the institutions have had to suffer and weakened as a result, but have managed to mobilize themselves," he said.

The head of the EU Delegation to Moldova, Pirkka Tapiola, has said Brussels is interested in Moldova’s becoming a successful country, as the authorities must focus on reforms and enhancing investments: "We have marked two years of signing the Association Agreement, we see the first results, and we are glad. I can say we’re on the right path. Speaking of the trade with the EU it is rising."

"Moldova needs political stability, grounded on strengthening major political forces prone to carry out reforms. On the eve of the parliamentary elections, we hope this process will re-state the country’s democratic course,” said the Czech deputy foreign minister Jaroslav Ludva.

This fourth edition of the forum is organized by the Foreign Policy Association and the Friedrich-Ebert Foundation, in a partnership with the Chișinău Foreign Ministry.