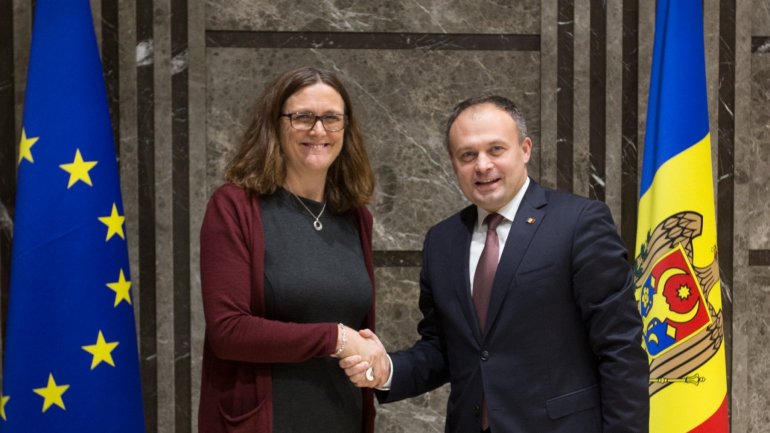 The new set of laws that will eliminate business environment abuse will son be presented to the Parliament. It was announced at yesterday's meeting between the President of Moldovan Parliament and European Commissioner for Trade, Cecilia Malmstrom that is on a visit to Chisinau.

Andrian Candu has also counted the number of changes authorities have already taken in order to improve business development and investments.

Today, the EU representative will attend multiple meeting, among whom will be with Prime Minister Pavel Filip and President Igor Dodon.

Malstrom will also pay a visit to a company that exports fruits and nuts to the European Union.

According to the statistics, EU is the main commercial partner of Republic of Moldova.

In the first eight months of the year, Moldova's entrepreneurs have delivered to EU goods worth over one billion lei, or 64% of total exports.

This autumn marks three years since the implementation of the Free Trade Agreement.