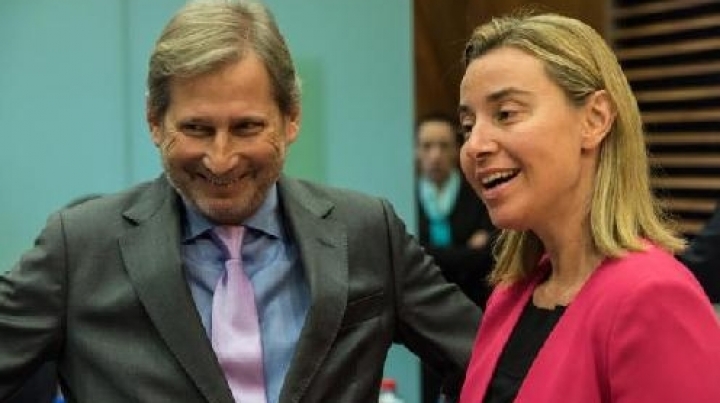 Today, the Association Agreement (AA) between the European Union and the Republic of Moldova fully enters into force. The Association Agreement aims to deepen political and economic relations between the EU and the Republic of Moldova. It also creates a Deep and Comprehensive Free Trade Area (DCFTA), reads a communique issued by the European Commission.

The Agreement offers Moldova a framework for boosting trade and economic growth through improved access to the EU market for its products and services and by comprehensively approximating its trade-related laws and regulations to Union standards. If implemented fully, it will facilitate Moldova's progressive integration with the EU single market.

The High Representative/Vice-President, Federica Mogherini said: "I look forward to closer ties between the EU and the Republic of Moldova as a result of this Agreement entering fully into force. Together with the implementation of reforms in the country, the agreement has the potential to help changing the lives of Moldovans for the better, to bring jobs, growth and stability.

EU Commissioner for European Neighbourhood Policy and Enlargement Negotiations Johannes Hahn said: "During the provisional application of the EU-Moldova Association Agreement we were pleased to already see some concrete results. Moldova's exports to the EU have increased, and the EU has confirmed its position as a first trade partner of Moldova. Now, fundamental changes in political and economic governance need to take place, so Moldovans can see real change. We are looking forward to real reforms on the rule of law, justice, the independence of institutions from political pressure and on economic development. The EU is making available substantial assistance to support the implementation of the country's reform agenda.

Since 1 September 2014, substantial parts of the agreement have been provisionally applied. This period has seen an increase in Moldovan exports to the European Union.

A number of Moldovan products have thrived on the EU market: Sales of preserved vegetables to the EU have increased by 455% since 2014; exports of Moldovan preserved fruits and nuts have grown by 228% while chestnut sales have gone up by 290% in the same period. We have also seen progress on reforms, with a large number of laws adopted.

But the Association Agreement can do more for Moldova, and crucially, for Moldovan citizens. For the benefits highlighted by the High Representative and the Commissioner to be fully evident, it is not enough to just adopt additional laws. These also need to be consistently implemented and enforced. More needs to be done in order to effectively address corruption and improve governance.

An outline of short- and medium-term reform priorities for the period 2017-2020 (an updated version of the so-called Association Agenda for 2014 to 2016) is currently under preparation.