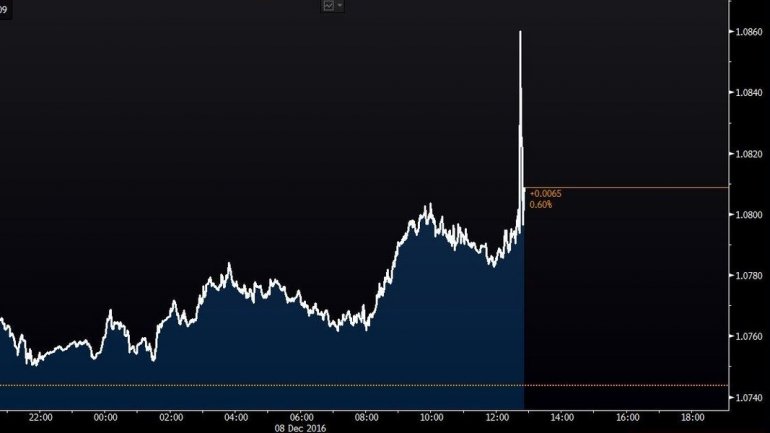 The European Central Bank says it will extend its asset purchase program at 60 billion euros a month, starting in April, Bloomberg News reports.

Regarding non-standard monetary policy measures, the Governing Council decided to continue its purchases under the asset purchase programme (APP) at the current monthly pace of €80 billion until the end of March 2017.

From April 2017, the net asset purchases are intended to continue at a monthly pace of €60 billion until the end of December 2017, or beyond, if necessary, and in any case until the Governing Council sees a sustained adjustment in the path of inflation consistent with its inflation aim.