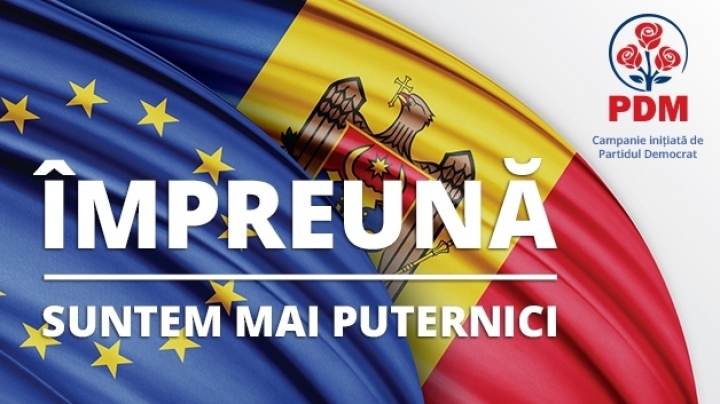 The Association Agreement with the European Union continues to bring benefits for Moldovan agriculture. The products of Moldovan farmers are becoming more attractive for European market, and the new opportunities are stimulating the modernization of the sector and creates new workplaces. The progresses and problems in agriculture were discussed by residents of Straseni city and democratic deputies in the framework of the DP campaign “Together we are stronger”.

“The subventions are for irrigation, for each hectare of planted vineyard, for orchards, here are projects in which the state has responsibilities and honors them” declared DP deputy, Marcel Raducan.

The farmers claim that the progresses will be bigger if they will benefit from new amenities:

“Agriculturists need cheaper fuel, cheaper equipment, we are not ready to produce, to work. We are waiting for cheap equipment from European Union.”

“I see Moldova as a prosperous country, a country which has to work, and only through work it will obtain beautiful things. Nothing comes overnight, nothing comes without effort.”

During the meeting with the DP team, the residents also approached education problems.

“A powerful economic country can allow many things, including the alimentation of children. For that the Filip Government started to support businessmen, the enterprises, agriculture in order to improve the income to the budget” declared the deputy Valentina Buliga.

Parliamentarians also visited Straseni district hospital, which in the last years has been renovated in the framework of two projects with value of 16 million lei.

“All the doors, windows and the heating system were changed. The Consultative center has been repaired entirely. The doctors have normal conditions for work” said the director of the Straseni district hospital, Alexandru Tuchila.

The objective of the campaign “Together we are stronger” conducted by DP in all districts of Moldova is the promotion of European value in our country and the option of European integration.