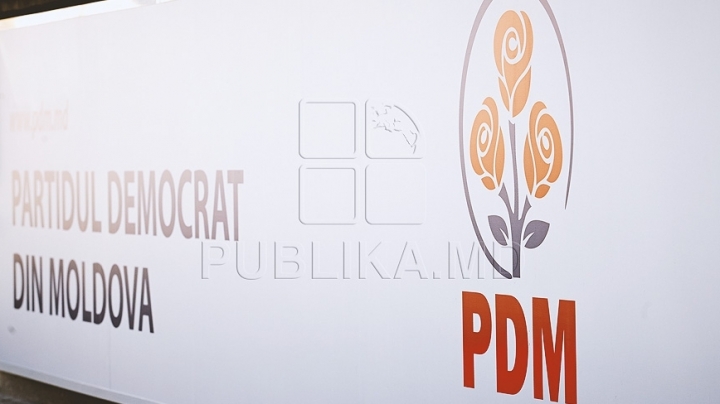 The European market becomes more and more attractive for our country. This is shown by official statistics and the tendencies of local companies, which are looking for new opportunities to sell their goods in western countries. Hancesti district is full of this examples, of which was also convinced the deputy minister of Economy Vitalie Iurcu. Together with the colleagues from the Government and the Deputies of Democratic Party, he participated to a series of meetings with economic agents and workers from the district in the framework of the campaign “Together we are stronger”.

The first stop of European Caravan in Hancesti was at a shoes and textile factory in the district center. Almost the entire production amount of the factory reaches the European Union market.

“90% of the produced goods are exported in Europe, in European countries like Netherlands, Germany, Italy, Romania. 10% of the goods are placed on the local market. We are exposing the shoes, purses and other goods like working clothes, which are also put on the local market” declared Maria Lica, director of the textile factory.

The representatives of the factory want to expand it and to increase the number of employees, because the request from the communitarian states is increasing:

“The conditions are very good, we do not have any complaints. There are six women since the opening of the factory in 2014.”

Afterwards, the participants of the campaign reached the Agro-industrial Complex in Farladeni, where recently was built a cattle farm. This was possible thanks to the investments of the entrepreneur and the support of the state.

“In the farms, at the renovation and equipping the zootechnic farms with new modern equipment is subsidized with 50%, which is very favorable and helps us a lot in development of this complex” said Valentin Ungureanu, deputy director of the Agro-industrial Complex in Farladeni.

The employees of the complex are satisfied by the working conditions, and by the fact that they are working in their village:

“It is very good, we are satisfied, they are behaving very well with us, the salary is paid on time no matter small or big, how we manage to do, but we are very satisfied.”

“The European market is a major interest for Moldovan producers. It is a market with a large capacity, with a big power of trade, which means a market of approximately 500 million people, respectively it shows interest for local products” specified the deputy minister of Economy.

The objective of the campaign “Together we are stronger” conducted by the Democratic Party in all country districts is the promotion of European values in Moldova and the option of communitarian integration.