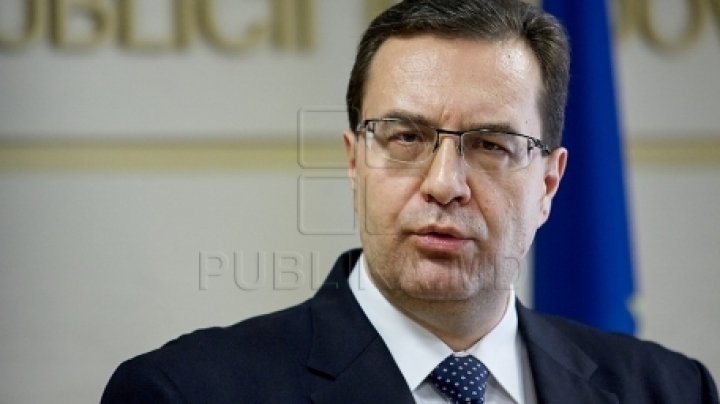 The Democratic Party "Together we are stronger" campaign reached Cimişlia. European Caravan, led by the Democratic leader, Marian Lupu, visited several shopping centers and has met with people from the district, who spoke about the benefits the European Union offers.

The first visit of DPM team was conducted in Cimislia at a yard where, soon will be built more commercial objectives. They will be builded with the support of western investors.

The Democrats' leader, Marian Lupu insisted that new jobs will be able to develop only by attracting European investments in Moldova, so that people here no longer have to go to work abroad.

"Our objective is to create conditions for economic development, for such yards and buldings to be many. Based on local investment, but also investments from abroad, especially European investment" , said Democratic Party leader Marian Lupu.

"We must develop it at home, for our youth to not leave the ceountry for Europe. To make our home a Europe, but for this we must work shoulder to shoulder", said the businessman Nicolae Comerzan.

Later, Marian Lupu went to a shopping center. There, DPM leader spoke about the need to address people of good trade relations with both the West and the Eastern states.

At the end of the second day of the "Together we are stronger" campaign, DPM team arrived in the Hirtop village.  There he visited a greenhouse, and a fruits and vegetables dryer, a project supported by the EU.

"I enjoyed Mac Pee grant for the refrigerator and dryer that we built together. We have invested Mac Pee half and half" , said Project Manger, Andrei Rotaru.

European projects in Cimislia town don't stop here. Soon a fruit packing house will be build in the town.

"Meetings with people are very interesting, with many questions and answers from us, what actually European Integration means for the citizens of Moldova", said deputy of the Moldovan Parliament, Valentina Buliga.

For three weeks, "European Caravan" campaign will reach all the districts and towns in the country.