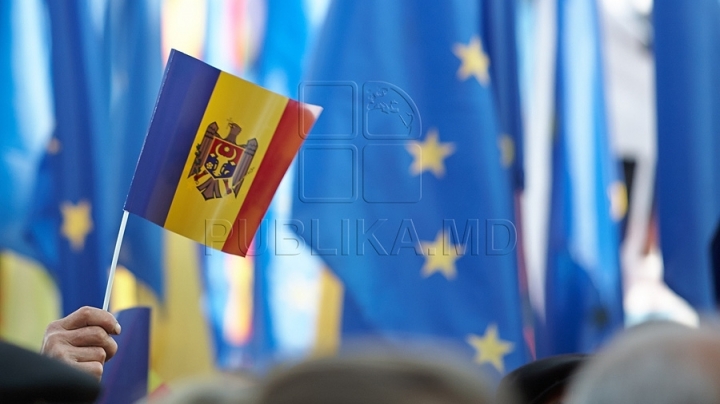 The residents and chosen ones from Calarasi are sure that through ensuring the political stability in moldova may be accomplished projects financed by the European Union. People from the region were trained by a team of the Democratic Party how to benefit from a better support from the community countries in order to develop the infrastructure of the localities. The action took place in the framework of the DP campaign “Together we are stronger”.

The democratic deputies, together with the president of honor of DP, Dumitru Diacov, have discussed the financing programs from the EU for solving the community problems. Some of the priorities given by the Calarasi councilors are better roads, drinking water systems, and wastewater networks.

“Another project is the water pipeline Chisinau-Straseni-Calarasi. The study is drafted and the memorandum on offering the amount of 16.5 million euro is signed” said the mayor of Calarasi, Nicolae Melnic.

“People felt that we have friends who want to help us, to be like the rest of the world and to have successes at local level” said the mayor of Meleseni village, Valeriu Zubcu.

“From all what is produced in Moldova, today approximately 65% are leaving to the EU markets. From the present projects, 90% are from European money” declared the deputy Constantin Tutu.

The DP team also met the residents of Sipoteni, where in 2015 the kindergarten attended by over 300 children was repaired from European money.

“The next one is the project of 30 million lei for the repair of the high school from Sipoteni village” said the mayor of Sipoteni, Vasile Rata.

“It is hopeful the fact that people understand very well what is European Integration, from the point of view of doctors, professors, people from the city hall understand it as the modernization of the country” declared the president of honor of DP, Dumitru Diacov.

Also thanks to a European project of one million euro, in Calarasi is built the first kindergarten which will have a reduced power consumption. The institution will be set with solar panels and will have a geothermal heating system.