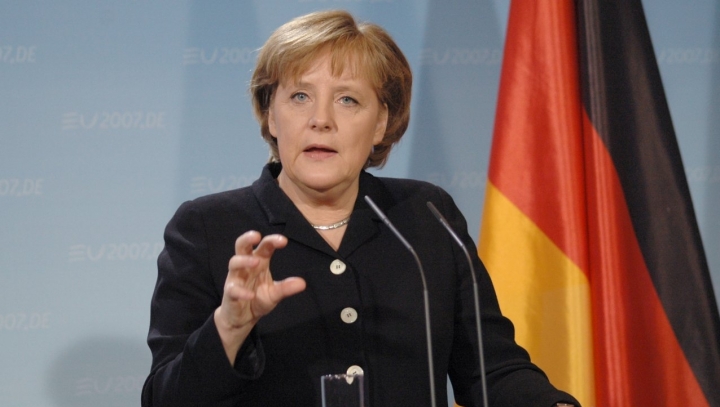 When the chips are down in Europe, everyone turns to Angela Merkel for a solution. But the German chancellor often sits on her hands until the last minute, then does the minimum necessary to keep the show on the road.

Since last month's shock British referendum vote to leave the European Union, all eyes have been on Berlin to indicate a way out of danger for the 27 members who will remain.

As usual, Merkel, the continent's most powerful and experienced leader, is biding her time and letting underlings air their differences without tipping her hand before she departs for her three-week summer break this week.

Votes had barely been tallied in Britain when her vice-chancellor, Sigmar Gabriel, leader of the center-left Social Democrats, and European Parliament President Martin Schulz rushed out a 10-point plan for a "refoundation" of Europe.

Lamenting that ever more citizens doubted Europe's ability to deliver a better future, they called for a more federal Europe with the European Commission as its government, and a more flexible, growth-friendly economic policy turning away from austerity to investment in an "industrial renaissance".

Finance Minister Wolfgang Schaeuble rapidly shot down those ideas, rejecting any need for economic stimulus spending and reaffirming his balanced budget target up to 2020 at a time when many in Europe are pleading with Berlin to borrow money free of interest and invest massively in infrastructure.

He refuses to accept that surplus countries like Germany, which has a giant current account surplus of eight percentage points of GDP, should help poorer deficit countries adjust by spending more on public investment and boosting consumption.

Furthermore, Schaeuble said those calling for a bold federal leap forward in integration had failed to understand the public disenchantment with the EU that fueled the British vote and is driving nationalistic euroskepticism elsewhere in Europe.

Rather than give more power to Brussels, the veteran conservative, who once advocated a federal "core Europe", said it was time for national governments to take matters more into their own hands if the Commission was unable to do the job.

Schaeuble is blocking the next steps forward in euro zone risk-sharing - the creation of a European bank deposit insurance system and of a fiscal backstop for the currency area's single resolution fund to help wind down failed banks.