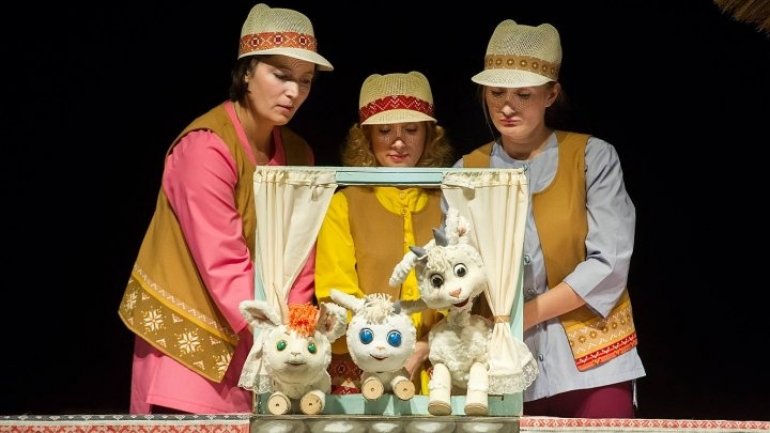 Padova, Ravena, Milano are the cities that have gathered hundreds of Moldovan diaspora children to watch the 'The goat with three kids' by Ion Creanga. This story loved by generations of children was presented by the actors of the Licurici Republican Puppet Theater in Chisinau, which is on a tour in Europe during October 19-29.

The show 'The goat with three kids' awakens in our hearts the kindness, generosity, compassion, tolerance, friendship and, as the great storyteller Ion Creanga tells us.

For the first time, the tour takes place in order to promote Ion Creangă's stories among the diaspora children, to strengthen their relationships with their parents and to establish emotional ties with their native country.

The addressing of a presentation to children of Moldovans abroad came from the teachers working in the educational centers opened in diaspora and was reiterated on Diaspora's days by the members of the diaspora associations as well as by the parents of the children who participated in the edition this year of the Government Program DOR (Diaspora - Origins - Returns).

The following shows will take place in the cities of Lisbon (October 27) and Faro (28 October) in the Portuguese Republic, and Madrid, the Kingdom of Spain (29 October).

The tournament is organized by the Diaspora Relations Office of the Moldovan State Chancellery in partnership with the Moldovan Ministry of Education, Culture and Research, with the financial support of the Swiss Agency for Development and Cooperation as well as the support and involvement of the diplomatic missions of diaspora associations.

The event is part of the strategy of the Moldovan government to develop a sustainable and comprehensive framework of collaboration between state institutions and diaspora, based on trust and joint initiatives focused on the promotion of national language and culture.
AFLĂ imediat Știrile Publika.MD. Intră pe Telegram