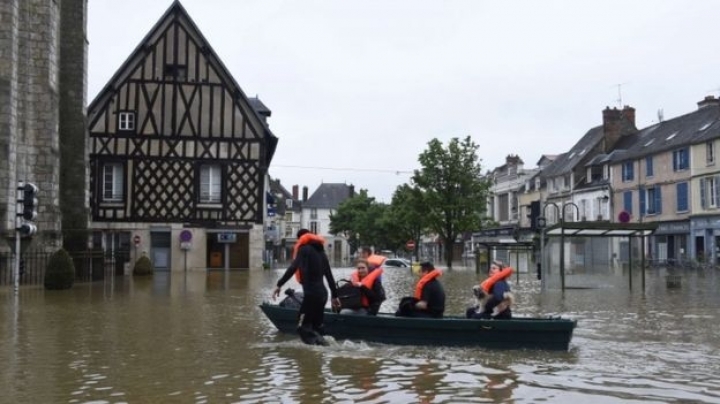 There are fears that more heavy downpours forecast across a swathe of Europe may worsen floods that have already left five people dead.

According to BBC, four people drowned in southern Germany, with two more missing and thousands of homes without electricity.

Some parts of central France have seen their worst floods in over a century. The body of an elderly woman was found in her flooded home.

Thousands were evacuated in France and thousands of emergency call-outs made.

Heavy showers are forecast right through the weekend across a band of central Europe from France to Ukraine, with as much as 50mm of rain falling in some parts in just a few hours.

After a day of respite on Wednesday in central France, the region is braced for a further rise in already exceptionally high river levels.

Nearly 10,000 homes are without electricity. Some roads and rail lines have been cut off, and schools in badly affected areas closed.

A large area of low pressure has been bringing heavy showers to much of Europe recently and this weather pattern shows no signs of shifting in the next few days.

A large swathe of the continent from central France through Belgium, Germany through southern Poland to Romania, Moldova and Ukraine looks set for further heavy, thundery showers to end the week and through the weekend.

These showers are likely to be slow moving and have the potential to be long-lasting with large hailstones, frequent lightning, gusty winds and flash flooding with as much as 50mm of rain in some parts in just a few hours.