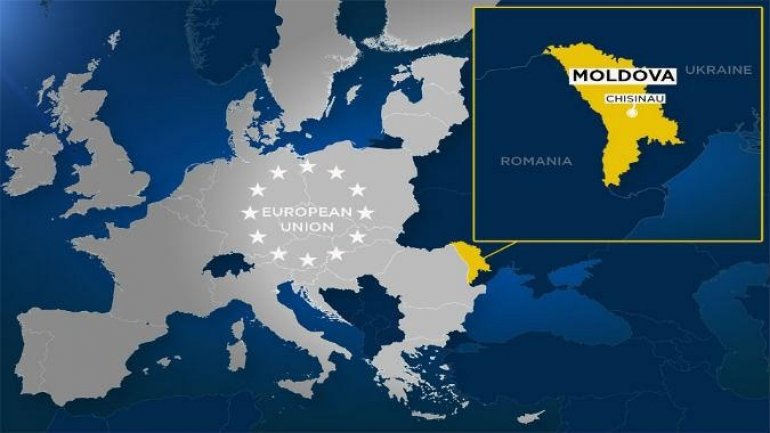 Support for joining the Brussels bloc is the highest it has been in recent years, according to a new poll, wrote euronews.com.

Moldova is warming to the idea of joining the European Union, new survey results have revealed.

The poll, carried out by IMAS, showed 60 percent of respondents want to join the bloc, the highest proportion in ‘recent years’ according to the data company, which carried out the survey in late November and early December.

Read also: Survey: 60% of citizens wish for Republic of Moldova to adhere to European Union

A spokesman from IMAS told Euronews that surveys in May and July of this year had just under 50 percent of those polled backing EU membership.

Moldova, sandwiched between Romania and Ukraine, signed a far-reaching trade deal with the EU in 2014.

But the country, which has close ties to EU member Romania, is not one of the five official candidates for enlargement of the 28-country bloc: Albania, FYR Macedonia, Montenegro, Serbia and Turkey.

Moldova’s pro-EU prime minister Pavel Filip revealed earlier this year the country would not receive expected tranches of Brussels funding because it had not fulfilled the required conditions.

The EU had agreed to send 60 million euros in loans and 40 million in grants to help stabilize Moldova’s economy and promote reform.

Brussels said a basic precondition for the financial assistance is a respect for democratic process and the rule of law.

The country has also been rocked by a scandal that saw the equivalent of an eighth of its gross domestic product stolen from three of its largest banks between 2012-2014.

An expert on Moldova politics told Euronews - on the condition of anonymity - that support for the EU had gradually returned in recent years.

“It is nonetheless a gradual process, it is not an instant miracle,” he said. “The EU brand paid a price in 2015 because there was both disappointment and unrealistic hopes about the EU: disappointment because key pro-EU politicians proved corrupt and involved in the banking fraud, while the population would have expected European justice to punish all the perpetrators of the fraud.”

He said Moldova was still far from joining the EU.

“There is EU fatigue as regards enlargement and if there are any steps in this direction, it will be mostly on the Balkans side,” he added. “Problems also remain: reforms still have to be implemented and a more independent judicial process is needed.”

The survey made by IMAS, gathered responses from 1,101 people, was carried out between November 27 and December 7.