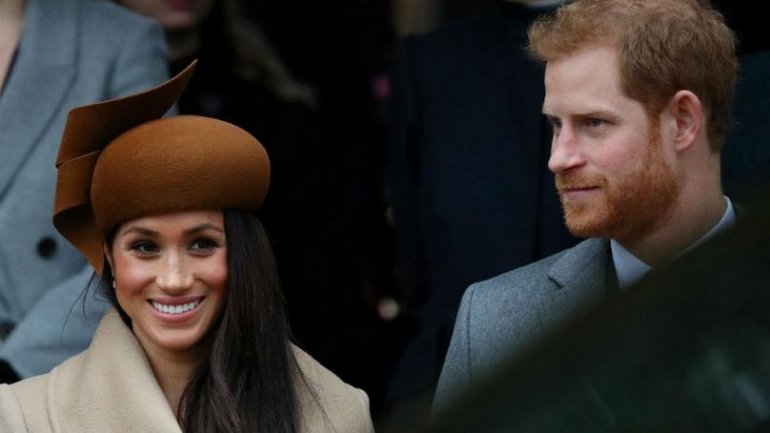 Euronews has made a list of key events to look forward to in 2018.

While many will use the new year to forge a fresh start, Germany and Spain will be battling to shake off hangovers from 2017.

Berlin still has not formed a coalition government, four months on from elections in which Angela Merkel won a fourth term and the far-right Alternative for Germany polled strongly.

Any prolonging of the impasse is likely to worry Brussels, which sees the country as a beacon of stability in an uncertain Europe.

Catalonia also has to form a government: Madrid fired its political chiefs after the region declared independence from Spain in October.

The country’s prime minister, Mariano Rajoy, called fresh elections on December 21, which saw pro-independence parties gain a slim majority of seats. Rajoy has called for a new parliament to be formed on January 17.

In south-eastern Europe, Bulgaria is taking on the presidency of the EU Council for the next six months, while January 18 marks a year since protesters hit the streets in neighbouring Romania to demonstrate about corruption reforms.

To the north-west the Czech Republic is marking half-a-century since the start of the Prague Spring, when what was then Czechoslovakia tried to ease the Soviet Union’s control over the country.

January also sees Donald Trump toast his one year in office, while the EU’s Single Market is 25 years old this month.

Meanwhile Leeuwarden in the Netherlands and Malta's capital Valletta get underway as European cultural capitals of 2018.

The trial of Saleh Abdeslam - a key suspect in the ISIL attack on Paris that left 130 people dead - is set to get underway on February 5.

Abdeslam fled back to Belgium after the November 2015 attacks, hiding from police for four months before being detained in March 2016. Four days later, on March 22, 2016, Brussels was hit by twin bomb attacks that killed 32 people.

Elsewhere in Europe, February marks two key independence milestones. Kosovo toasts 10 years since it freed itself from Serbia, while 100 years ago Lithuania signed a declaration that saw the country become a republic.

Meanwhile, beyond Europe’s borders, South Korea will be hosting the Winter Olympics, from February 9-25.

There are two key polls in March. Italy is holding a general election, while Vladimir Putin is hoping to renew his term as Russia’s president.

The former is likely to be another political test for the European Union given the strong polling of the anti-establishment Five Star Movement party.

The latter, meanwhile, is set to see Putin, who has been in power as president or prime minister since the turn of the century, be comfortably re-elected.

Putin’s main rival, Alexei Navalny, has been banned from running after he was found guilty of embezzlement.

Away from elections, March 11 marks a century since the first reported case of influenza in a global epidemic that left more than 20 million people dead.

It’s set to be a big couple of months for the British monarchy - and it’s nothing to do with Queen Elizabeth turning 92 on April 21.

The month is also set to see the birth of her latest great grandchild: Prince William and the Duchess of Cambridge are expecting their third child.

Then, in May, William’s brother, Prince Harry, is set to tie the knot with American actress Meghan Markle.

Elsewhere in Europe, Hungary is set to go the polls in April or May, with Eurosceptic prime minister Viktor Orban set to win a third consecutive landslide.

Orban - who has steered Hungary into confrontation with the EU by campaigning against immigration, asserting control over the media and courts, and criticising efforts to deepen European integration - is leading in the polls.

They show the center-left is likely to be overtaken at the next election by the far-right Jobbik party, seen as leaning even further towards ethnic nationalism than Orban’s Fidesz.

Meanwhile in the US there will be commemorations to mark the 50th anniversary of the assassination of civil rights leader Martin Luther King.

Continuing the theme of civil unrest, France will be remembering the protests and strikes that hit the country in May and June of 1968 - half a century ago.

The demonstrations, which pitted students and workers against the state, brought the country to a near standstill.

While the protesters may have not won the political battle - General de Gaulle’s government had its authority restored after a snap election in June - it won the cultural war, heralding a freer society.

Staying with France, the country is for proud few months in the sporting arena, regardless of how Didier Deschamps’ footballers get on at the 2018 World Cup in Russia.

The French Grand Prix will return to the Formula 1 calendar in June after a 10-year absence.

In the UK it will be a year since a van and gun attack was launched in central London - eight people were killed. The slaughter at Borough Market had come just weeks after 22 people were left dead by a bombing after a pop concert at Manchester Arena.

The start of the month marks 50 years since the opening for signature of the Non-Proliferation of Nuclear Weapons treaty.

It comes after the US’ Donald Trump and North Korea’s Kim Jong-un have been at loggerheads over the latter’s ambitions to have a nuclear arsenal.

Back in Europe, Austria is set to take over the presidency of the EU Council for six months, from predecessor, Bulgaria.

It’s a year this month since a group of 12 jihadists launched a series of attacks in and around the Spanish city of Barcelona.

Sixteen people were killed as a result of the violence, including 14 on the Catalan capital’s famous Las Ramblas boulevard.

Later in August it’s half a century since Soviet troops invaded what was then Czechoslovakia to put down the countries brief period of political liberalisation - known as the Prague Spring.

France continues to flex its sporting muscle, hosting the Ryder Cup golf tournament for the first time in September.

This month is likely to be a key for Brexit.

The EU’s chief negotiator, Michael Barnier, has said he wants a deal hammered out by October 2018. This is because, Barnier said, it would take several months for Britain, EU institutions and the 27 other countries to ratify the deal, before the UK is set to leave the bloc at the end of March 2019.

Staying in the EU, October 16 will mark a year since a car bomb killed an investigative journalist on the Mediterranean island of Malta. Daphne Caruana Galizia, who wrote about corruption, died in an explosion shortly after leaving her home.

On the eleventh hour of the eleventh day in November 1918 - a hundred years ago this month - the First World War formally ended.

Also in November, US people will vote in mid-term elections, often a barometer for the popularity of the incumbent president.

The anniversary comes amid Elon Musk's plans to send the first commercial passengers around the moon by the end of 2018.

Musk’s SpaceX company says it will send two private citizens into orbit in its Dragon spacecraft, although critics have questioned whether it will happen in the proposed timetable.

Also for late 2018: a US missile defence system in Poland is set to be ready by the end of the year, completing a defensive line that will stretch from Greenland to the Azores.