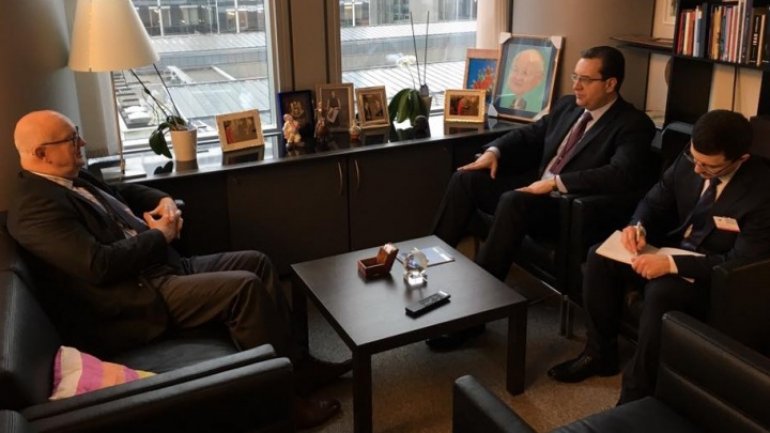 Marian Lupu, in his position of deputy president of the Eastern Partnership Parliamentary Assembly (EURONEST), has paid a visit to the European parliament in Brussels.

"I consider it to be a successful visit -- 15 meetings with top officials – and there have been discussions and responses from MEPs to the proposals I put up. We have got assurances of support and involvement in promoting a more efficient dialogue among the Parliaments of the Eastern Partnership countries," Marian Lupu has posted on his Facebook page.

"I have assured them of the continuity of our European course, which is guaranteed by the Parliament and Government. This objective is the strategic direction of Moldova’s foreign policy. The Moldovan Parliament is to pass a decision and an action plan concerning the European integration. I have briefed them on the implementation of the Association Agreement, achievements, difficulties and problems. I have especially asked for involvement in the EU’s providing the assistance of EUR100 mn envisaged for Moldova," Marian Lupu concluded.