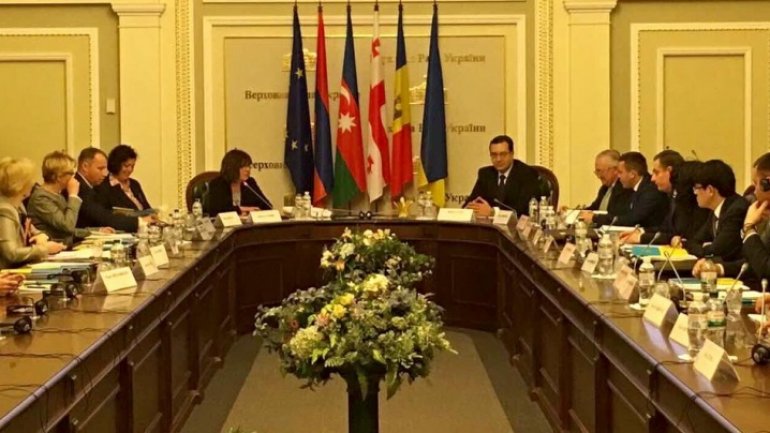 The co-chairman of the Eastern Partnership Parliamentary Assembly (Euronest), Marian Lupu, tripped to Kyiv and informed Ukrainian officials on his visit to Brussels.

"We have coordinated the acceleration in granting support to the states from the Eastern Partnership, especially to ones having signed the association accords. All the interlocutors have highly appreciated the concrete and pragmatic approach of the EURONEST Moldovan co-chairmanship,” Maria Lupu said.

The sides reiterated their mutual support for the territorial integrity of the two countries.

Jointly with Rebecca Harms, the EURONEST co-chair on behalf of the European Union, Marian Lupu considered new procedural measures meant to enhance the efficiency of the Parliamentary Assembly.

According to Marian Lupu, the modifications are to be endorsed at a reunion pf the EURONEST Parliamentary Assembly to be held in Chișinău in May.