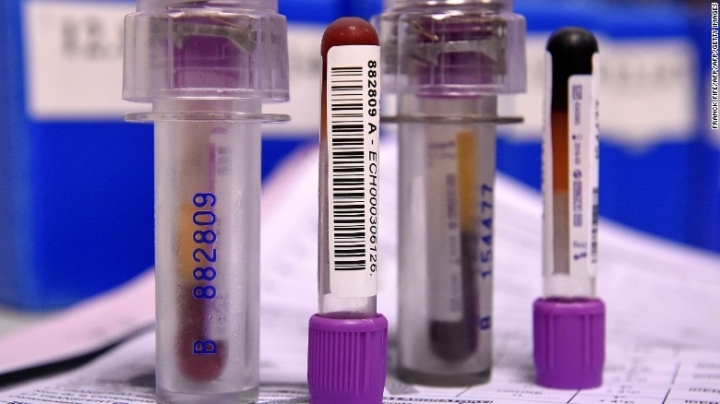 According to CNN, there are 65,000 professional male and female soccer players in the world and in 2014, according to world governing body FIFA, 31,242 doping tests were carried out worldwide, with 61 samples (0.20%) testing positive.
By way of comparison, at the 2012 Olympic Games there were nine positive doping tests out of just over 5,000 tests (0.18%) though the International Olympic Committee recently announced 23 competitors at the London Games have failed retrospective doping tests.
Since January, UEFA says it has been conducting tests on all of the 24 finalists, "with a combination of urine, whole blood and serum samples being collected in and out of competition."
Tests will also be conducted at each of the 51 matches in France, involving at least two players from each team at every game.
Perhaps the most high-profile case of doping in the sport came in 1994 when Diego Maradona tested positive for ephedrine at the World Cup in the U.S.
At the time Maradona, then 33, denied taking the drug "intentionally."
Dick Pound, the founding president of the World Anti-Doping Agency and head of the independent commission that uncovered widespread doping in Russian track and field, said that given it is the most important sport in the world and it's so high energy it's hard to believe that people are not using performance-enhancing drugs.
FIFA's chief medical officer Dr. Jiri Dvorak defended the governing body's approach to anti-doping, and said it was "working closely with WADA."
Dvorak said FIFA has "led the way in anti-doping," citing the 2014 World Cup in Brazil, where biological passports were introduced to the tournament for the first time -- a move that has since extended to the European Champions League.
In the English Premier League, drug tests -- for both urine and blood -- are carried out by the UK Anti-Doping Agency on behalf of the Football Association..
Doping is not a new issue in football. Former Manchester United goalkeeper Harry Gregg andStanley Matthews -- one of England's all-time greats -- both admitted to taking amphetamines, while it is 14 years since Italian club Juventus was found guilty of systematic EPO use.
But FIFA is adamant such drug use is not the issue that some are painting it to be today.
AFLĂ imediat Știrile Publika.MD. Intră pe Telegram